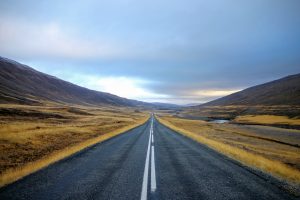 Speeding and aggressive driving are among the most common causes of accidents and injuries in California. California Highway Patrol, CHP, recently announced that they will be heading a campaign to bring more awareness to road safety. The campaign is designed to specifically address speeding and aggressive driving. CHP received a grant from the California Office of Traffic Safety through the National Highway Traffic Safety Administration, NHTSA.

Speeding is the Most Common Cause of Accidents

According to CHP Commissioner, Joe Farrow, speeding is the number one cause of traffic accidents in California. Highways are often a place where serious accidents may occur due to vehicles driving at a high rate of speed. Speeding may apply not only to driving faster than the posted limit, but also to driving at a speed that is unsafe for road conditions. Speed was a factor in about 43% of all fatal accidents in California in the fiscal year 2013 – 2014.

Speed is often accompanied by aggressive driving. Aggressive driving is a serious concern, and is something that drivers should learn how to control. Driving in an aggressive manner creates a dangerous road condition for all vehicles and pedestrians who are nearby. Motorists can learn to drive more safely by eliminating aggressive behaviors while behind the wheel. The new campaign will educate drivers about the hazards of aggressive driving.

The new CHPS program is called RADARS, Regulate Aggressive Driving and Reduce Speed. The plan is two-pronged. One part of the program is designed to educate motorists about aggressive driving, while the other part is to more actively enforce traffic laws that address aggressive driving. The program aims to reduce fatalities and accidents by 5% in crashes that were due to speeding, improper turns, and driving on the wrong side of the road.

CHP will use the grant to implement a program to increase public awareness of speeding and aggressive driving. They also plan to focus on enforcement, especially of street racing and sideshows, two areas of serious concern. Speeding was blamed for more than 27,290 traffic accidents in 2013-2014. These crashes resulted in more than 39,000 injuries and more than 300 deaths. This data shows that speeding is definitely a major factor in serious accidents on the road.

Accidents with Injuries or Fatalities

When an accident occurs due to speeding, there are often serious injuries or fatalities. The driver who was speeding is likely at fault for the crash, and should be held liable for the resulting damages. In California, comparative liability laws allow victims to take legal action if severe injuries or death occurred because of the negligence of another driver. The victim, or his family, may be entitled to compensation for medical expenses, pain and suffering, lost wages, rehabilitation costs, and future medical bills. In addition, other damages may be compensable.

Those who were seriously hurt in a vehicle accident are advised to speak with an attorney as soon as possible. The skilled lawyers at Brod Law Firm are available to review your case. Call 800-427-7020 for a free consultation.