Nearly three years have passed since the 2010 Deepwater Horizon disaster, but the oil spill still looms large for the people and businesses impacted by its massive scope. As your San Francisco/Oakland oil spill law firm, we are closely following the on-going legal disputes stemming from the accident. Monitoring the Gulf Coast oil spill case and resulting precedents will allow our legal team to provide top-notch representation to those impacted by Pacific Coast oil spills and other environmental incidents in the Northern California region. 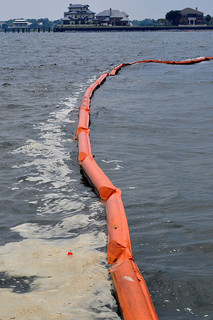 Civil Case Follows Criminal Plea
This week, as reported by the Associated Press and Oakland Tribune, Judge Carl Barbier opened the civil trial in which the U.S. Justice Department and representatives of businesses and individuals impacted by the Deepwater Horizon are seeking monetary damages from BP and other partners in the drilling project. Previously, BP pled guilty to manslaughter and other criminal charges. Those charges led to $4 billion in penalties, just one portion of the $24 billion that BP has spent on spill-related expenses to date. In the current civil case, federal authorities, impacted states, and affected businesses and individuals are looking to hold BP and its partners liable for civil damages under the Clean Water Act and other environmental laws. The trial, which could lead to a verdict in the tens of billions, began after repeated settlement talks failed to produce an agreement.

Opening Statements Reveal Legal Strategies
In his opening statement for the Justice Department, Attorney Mike Underhill accused BP of placing money before safety and suggested that the majority of the responsibility for the 2010 Gulf Coast oil spill falls on the oil giant. He alleged that a “culture of corporate recklessness” at the company led to the disaster. Likewise, counsel for individual and business plaintiffs suggested BP focused on speed over safety and also referenced safety failures on behalf of the other defendants. While BP acknowledged judgment errors, its lawyers denied that the company committed gross negligence. Representing the oil company, Attorney Mike Brock also suggested that most of the blame falls on the other defendants, alleging Transocean failed to maintain the drilling rig properly and that Halliburton used faulty cement on the Deepwater Horizon project. In turn, counsel for those corporations focused blame on BP in their own opening remarks.

Planning for the Trial and Learning Its Lessons
Judge Barbier has announced his plan to hold the civil trial in two parts. The first portion, potentially lasting three months, will focus on what caused the explosion and attempt to apportion blame among the companies involved in the spill. The second portion will focus on determining how much oil spilled into the Gulf of Mexico following the explosion. One of the key issues in the first segment will be whether BP acted with gross negligence, a finding that could nearly quadruple the company’s Clean Water Act liability taking civil penalties under that law alone from $1,100 to $4,300 per barrel of oil spilled.

While opening statements only started this week, the civil case has already involved more than 300 depositions, created nearly 9,000 docket entries, and generated 90 million pages of documents. In addition to creating precedent in the toxic tort and environmental law arenas, the case will also serve as a study in conducting complex litigation. Our Oakland/San Francisco oil spill law firm will continue to monitor the case and apply its lessons to our representation of those who suffer physical injury or monetary loss due to an oil spill or gas leak impacting the Northern California region.