Every situation, including every accident, is unique. In our work as a law firm for Oakland car accident victims, this lesson is reinforced with every case we take. This holds whether the case gives rise to civil personal injury or wrongful death claims, or both. Often, facts are complex and multiple factors played a role in a tragic outcome. We are committed to examining all facts, even if some questions are hard to ask, and uncovering the decisions that led to a crash. This commitment protects our clients and the public at large, helping to ensure victims are compensated and future crashes avoided whenever possible. 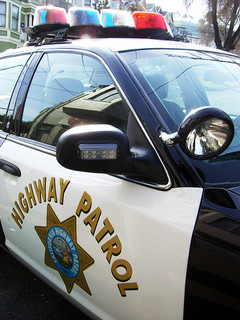 CHP Spokesman on Fatal San Jose Crash
An accident that occurred during the early morning hours of Monday September 2, written about by The Oakland Tribune, left two women dead and police searching for the man responsible. According to California Highway Patrol (“CHP”) spokesman Chris Falkowski, at approximately 3:16 A.M. on Monday September 2, two CHP officers spotted a 2004 silver Mercedes sedan weaving and speeding north on Highway 101. The patrol officers followed as the car took the Brokaw Road-First Street exit. At the end of the off-ramp, the officers turned on their emergency lights. While the sedan initially appeared to be preparing to pull on to the shoulder, the driver then accelerated and ran through a red light before turning left on North First Street.

The officers decided it was not prudent to engage in a pursuit and switched off their flashers. After waiting for the green light, the patrolmen made the same turn as the Mercedes had made. While waiting for another traffic light, the officers noticed a car about a half mile ahead with its hazard lights blinking. When they investigated, they discovered that the Mercedes had collided with a Toyota Yaris at the intersection of North First and Skyport Drive. The officers found two women inside the Yaris, later determined to be San Jose residents on their way to work as cooks at facilities near the airport.

Although the CHP officers attempted to provide first aid, 62 year-old Christina De Leon Castro died at the scene and 63 year-old Carmen Zavala succumbed to her injuries after being taken to a local hospital.

It appears that the driver of the Mercedes fled the scene on foot after broadsiding the Yaris. The deaths have been initially classified as vehicular fatalities, although that could change to homicides pending investigation. Police are looking for the owner of the Mercedes, following other leads, and asking the public to call with any information.

Falkowski declined to identify the CHP officers involved. He noted that officers have the right to engage in pursuits on city streets, but also have to weigh the potential risks. North First, as Falkowski pointed out, is home to several hotels, a 24-hour restaurant, and the Mineta San Jose International Airport. Despite the early hour, the officers felt that pedestrians and motorists could be at risk.

Our Commitment to Uncover the Facts and Understand the Cause of Each Case
As a San Jose accident law firm and as members of the Northern California community, we are greatly upset by the apparent lack of concern shown by the driver of the Mercedes sedan. If engaged to represent the victims’ families in this type of case, we would work with the police on their investigation into the driver’s identity. We would also do independent fact-finding to uncover all relevant evidence that would be useful in a civil wrongful death claim.

Additionally, we would closely examine the decisions made by the CHP officers. While officers of the law deserve our respect, it is important to determine if the officers’ actions or the department’s policies played a role in the tragedy. California law provides a fairly wide immunity for officers in pursuit decisions. Still, we believe it is important to consider the full extent of liability of anyone involved in a crash and we look at everyone who contributed to a tragic outcome. This commitment not only ensures our clients receive all monetary damages due to them, it also helps prevent future tragedies and encourages all involved to consider how they can best avoid a recurrence of tragic events.