It is a topic that can spark quite a bit of discussion around the watercooler at our San Francisco injury law firm – Are driverless cars the future of safe driving or a dangerous detour?  We put our trust in computers every day and human error is certainly at the root of many car accidents, but can a computer ever respond the same way a driver can?  What balance between human and computer would provide the safest solution?

The San Francisco Chronicle recently reported on ongoing research into the safety of driverless cars at Stanford University.  Specifically, researchers are looking at how automated vehicles can best alert drivers and hand off control when the software and/or sensors become overwhelmed.  There are already cars on the market that can be programmed to stay in a lane or maintain a safe distance between vehicles, but there is still a need for a human driver at times and handing off 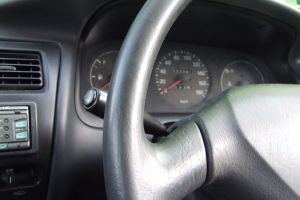 control is a major issue.  Automation, for all its many benefits, can lull people into a false sense of security.  The Chronicle sums up this issue well: “One riddle automakers must solve: How to get owners to trust the technology so that they’ll use it — but not trust it so much that they’ll be lulled into a false security that makes them slow to react when the car needs them.”

Interestingly, as the Chronicle article explains, researchers found that the answer may be one that is currently illegal and may surprise the safety-conscious: distraction.  While avoiding distracted driving accidents is a key selling point for new technology, the Stanford study found that watching a movie or even reading helped keep the study subjects awake and ready to react when the automated vehicle needed help.  Out of 48 students, 13 began to fall asleep when they were simply told to monitor the road while the car was in control.  In contrast, only 3 fell asleep when they were told to focus on a screen containing words or images.  This added alertness proved particularly helpful when subjects needed to take the wheel to avoid a pedestrian or another vehicle.

Other Solutions to the Driver/Computer Balance

While the Stanford study drew one response, other groups have reached different conclusions.  According to the Chronicle report, Google believes eliminating the human driver almost entirely is the best approach.  Google’s self-driving prototype vehicle contains no steering wheel and no pedals, with the human control limited to an on/off button.  Other automakers are working on technology that would allow the vehicle to sense if the driver has stopped paying attention, in which case the car would slow down.  Additional research suggests that if a hand-off is called for, a multi-sensory alert such as a light along with an audible alert or some form of vibration helps improve reaction times.

Driverless Vehicles: A Work in Progress

So when will driverless cars be on the roads?  Some automakers are gradually phasing in technology, but completely automated cars may take longer than first thought.  According to NBC, although the California Department of Motor Vehicles was tasked to lead the nation with driverless vehicle regulations by the start of 2015, the rules are still a work in progress.  In addition to the multitude of complex questions raised by new technology, companies have been hesitant to share safety data that might reveal trade secrets.  Still, Google in particular is pressing its home state for rules that would allow it to slowly test self-driving cars for public use, likely rolling them out to employees for use in areas that have been well-mapped as a start.

As a San Francisco car accident injury law firm, we see the terrible consequences of auto accidents every day.  We advocate for the injured and the grieving, but we know no amount of money can undo an accident.  Technology is exciting, but we must make sure that safety is priority number one.  Automation may save many lives, but it must be done with care.  We will continue to watch as these stories develop and we hope the future brings safer roads for all.  Until there are no more accidents, our team will be here to help our fellow Californians who have been injured or lost loved ones in car accidents, whether that accident is caused by an at-fault driver or by flawed technology.

Self-Driving Cars: Liability of the Future