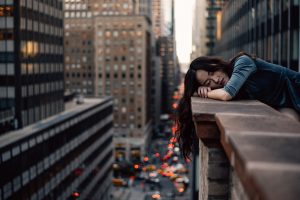 Most of us have trouble sleeping from time to time. While lack of sleep is somewhat commonplace, a new study indicates that it can be dangerous. The study results, released by the AAA Foundation of Traffic Safety, indicate that driving while drowsy may have the same effect as driving while under the influence of alcohol. Drowsy driving is impaired driving, and is the cause of many serious accidents and injuries every year.

The Effects of Sleep Deprivation

The AAA previous issued reports that made clear the relationship of drowsy driving and an increase in vehicle accidents. The new report delves further into the effects of sleep deprivation on drivers. Sleep deprivation greatly decreases a driver’s ability to act and react. Those who are sleep deprived may fall asleep at the wheel. Nodding off while you drive is dangerous. Closing your eyes, even for just a few seconds, means that you have traveled without paying attention to the road, or to other vehicles and pedestrians. When you nod off, you are no longer in control of your car.

It is estimated that about 7% of all vehicle crashes are caused by sleep deprived drivers. 13% of crashes that involve injuries and 21% of fatal accidents are caused by drowsy drivers. These statistics are startling because the conversation about impaired driving has been centered mostly around drunk drivers. Impairment begins to impact drivers when they sleep any less than seven hours a night. There is an increased risk for accidents in those who have slept fewer than seven hours in the last 24 hours, and those who have slept as little as an hour less than their usual amount of sleep.

The study shows that the risk for a driver having an accident increases as the number of hours of sleep he or she enjoys decreases. The risk for having an accident increases by 4.3% if you have had between four and five hours of sleep. The risk increases to 11.5% if you have had fewer than four hours of sleep. According to a National Sleep Foundation poll, more than 70% of Americans drive to work. About one-fourth of these drivers reported having driven while drowsy at least several days a month.

The good news is, drowsy driving accidents can be prevented. Drivers should be educated about the negative effects that sleep deprivation can have. If you are drowsy, do not get behind the wheel. There are plenty of alternate transportation options, such as mass transit and car services. Take steps to ensure that you get enough sleep at night. Unfortunately, there are no tests that can be done by law enforcement to detect drowsy driving.

If you are the victim of an accident caused by a drowsy driver, contact Brod Law Firm for a free consultation to discuss your case. Call us today at 800-427-7020.