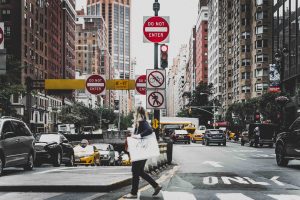 A woman lost her life on Interstate 5 in Solana Beach after being struck by a vehicle. The incident began when a Hyundai Elantra struck a Lincoln LS from behind on I-5. The LS was then forced across the road and struck a traffic control signal at the intersection of Lomas Santa Fe Drive. The woman driving the Hyundai stopped and left her vehicle. Authorities believe she then fled west. The woman crossed the northbound side of the interstate, climbed over a center divide, and was struck by a Ford Fiesta while crossing the southbound lanes. The woman’s identity was not released, and the authorities are still investigating why she fled the scene on foot.

Unfortunately, the state still has a long way to go before pedestrian fatalities and injuries fall to a more acceptable level. California is one of 10 states and D.C. which have pedestrian fatalities rates above 2.0 per 100,000 residents. It is also one of four states that account for 42% of all pedestrian deaths in the country, according to the GHSA report.

Why California Has So Many Pedestrian Accidents

California’s significant number of pedestrian accidents has a great deal to do with the state’s high population, the number of vehicles on the roads, and the likelihood of people being outdoors. While many Californians’ drive, the weather also allows for many to commute by bike and to enjoy being outdoors throughout the year. This allows for a greater chance for pedestrian-vehicle accidents that lead to fatalities and injuries.

However, other contributing factors to California’s pedestrian accidents are unsafe areas and a lack of safety education. Many areas in the state lack walking paths and crosswalks. Individuals who are likely to walk may not be well-educated regarding maintaining visibility and other strategies to avoid accidents.

Was Your Loves One Killed in a Pedestrian Accident?

If your relative was killed after being struck by a vehicle, contact a wrongful death attorney right away. An experienced lawyer will investigate the accident to determine who is at fault. In many situations, the driver is responsible for the crash and is therefore liable, though not always. If another person, other than your loved one, is liable for the collision, then an attorney will help you file a wrongful death claim. Through this claim, you and your family members can seek compensation for your financial hardships and your emotional injuries.