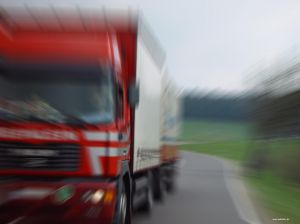 The brunt of a crash between a truck and smaller motor vehicle almost invariably falls most heavily on the latter, with the odds of survival or escaping injury for the motorist much poorer than those for the trucker. However, a collision between a truck and a motorcyclist, bicyclist or pedestrian is even more heavily stacked against the nontrucking party, with the chances for a fatal encounter for the latter greatly increased. And San Francisco motorcycle accident and trucking accident attorney Gregory J. Brod notes with sadness that a hit-and-run collision between a truck and motorcycle in Fremont on Wednesday left the motorcyclist dead and the truck driver nowhere to be found.

According to KTVU News, a 61-year-old man riding his motorcycle eastbound toward Warm Springs Boulevard on Mission Boulevard, which is a busy road that connects Interstates 880 and 680, was struck and killed by a semi-rig at about 1:15 p.m. Wednesday. Witnesses reported that the driver of the truck, which may have been towing two chrome-colored tanks, continued on without stopping after hitting the 2004 Kawasaki motorcycle.

The California Highway Patrol has identified the deceased motorcyclist but was not releasing his name until his family is notified. The CHP said that it is possible the trucker did not realize that he or she had struck the motorcycle, and that the collision occurred on a stretch of the road that is under construction, which elevated the hazardous conditions on the busy street.

The National Highway Traffic Safety Administration‘s most recent statistics paint a grim picture for motorcyclists involved in crashes, including the following:

In addition, the NHTSA‘s most recent statistics on trucking crashes sketch an ominous picture for motor vehicles that are unfortunate enough to be involved in a collision with a truck, including the following:

Our hearts and condolences go out to the family of the deceased motorcyclist involved in Wednesday’s tragic crash in Fremont. He will, unfortunately, not be able to give an account of the collision on his behalf, and the CHP is seeking help from the public in identifying the trucker who hit him and left the scene. In such a circumstance or in any collision involving a motorcycle and a truck or another motor vehicle, it is important for the injured motorcyclist or, in cases where the motorcyclist dies, his or her loved ones, to seek experienced legal help as soon as possible. If you or a loved one has been injured or worse in a motorcycle crash with another vehicle, please contact the attorneys at the Brod Law Firm for a free consultation.
-James Ambroff-Tahan contributed to this article.

As Trucking Accidents Have Gone Up, Authorities Seek Answers in Crash with Bus