On Wednesday, our Northern California youth sports law firm looked at the threat of concussions facing high school football players. Among the many studies on the topic is research discussed on WebMD finding concussions occurred more than twice as often in high school athletes in 2012 than in 2005. Researchers involved in that study suggest the trend is due to increased awareness and not an increased in danger. While we certainly agree that added awareness leads to increased reporting, we believe that there is another (substantial) factor in the youth sports injury epidemic: how young people play. 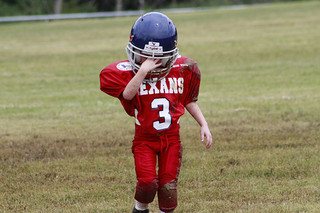 Statistics on Young Players and Injuries
Concussions are not the only danger facing young athletes today. Contra Costa Times recently examined the increase in “adult” injuries among young players. Each year, more than 46.5 million children in the United States participate in sports. Last year, 1.24 million children received emergency room treatment, a figure that translates to 3,400 young people visiting the ER each day. A whopping 90% of youth athletes report experiencing some form of sports injuries and more than half of those children say they played through an injury to avoid letting their team down.

According to pediatricians, overuse and acute injuries traditionally considered adult problems are cropping up in younger and younger athletes. One such injury is a torn anterior cruciate ligament (“ACL”). Typically seen in older teens and even professional athletes, ACL tears are being seen in children as young as 7. A study by Children’s Hospital of Philadelphia found ACL injuries in young people increased by 400% in the past 12 years.

The Changing Culture of Youth Sports
What changed? Pediatric orthopedic surgeon Dr. Nirav Pandya notes many of his young patients devote 20 to 30 hours to sports each week. Kids as young as age 5 are joining leagues and organized sports are quickly replacing free play time. The culture of youth sports is also changing. Doug Garner, the NFL’s coordinator of mental training services, reports a shift from laid-back play to treating children as miniature versions of professional athletes. This includes early specialization, with kids playing the same sport all year which increases the risk of repetitive injuries and overall burnout. Dr. Padya’s message for parents and coaches — Staying injury-free is more important to future athletic achievement than having 10 year kids spend 30 hours a week in practice.

The type of traumatic injuries being seen in young players are the same injuries that bring professional sports careers to a screeching halt and impede the active lifestyles of countless adults. When these injuries hit children and growing teens, there are added worries. Bone fractures and ligament tears can cause damage to the growth plates of still maturing bodies, possibly causing deformities or limiting bone growth.

Protecting Young Players on the Field and in the Courtroom
Sports should be health-positive, not a health threat. Injuries happen and not every sports injury should result in legal action. However, youth sports organizations and coaches must be held accountable for decisions that put child and teen athletes at undue risk. We should not accept adults ignoring known risks, pushing players too hard, or encouraging unnecessarily hazardous playing or training techniques. When such behaviors leave a young person seriously injured, especially when the injury may lead to lifelong struggles, litigation can be appropriate. Call our sports injury law office in Oakland, San Francisco, or Santa Rosa to discuss how we can help your injured child.