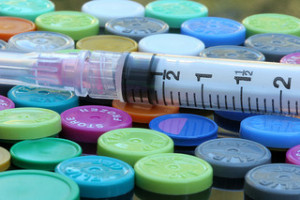 Patients place trust in their health care providers; they trust their doctors to provide a diagnosis and offer safe, effective treatment options. Unfortunately, sometimes health care providers take advantage of that trust. An increasing number of doctors across the country are alleged to have participated in a scheme to file false claims with insurance companies while using counterfeit parts in spinal surgeries. As recently as this month, new doctors alleged to have used fake parts in surgeries have been identified.

Beginning last summer, more than two dozen lawsuits have been filed against a variety of defendants for participating in a scheme to use fake parts – such as screws and hardware – in spinal surgeries across the country. According to a Southern California Public Radio report, a Murrieta distributor, Spinal Solutions, manufactured fake non-FDA approved parts, which were provided to hospitals and doctors who submitted claims for more expensive FDA approved parts. Providers billed insurers as much as $12,500 for parts that cost as little as $300. The lawsuits allege that there are thousands of surgery patients who may have unknowingly had counterfeit parts used in their spinal surgeries.

While the lawsuits originally identified Southern California hospitals and providers as the main perpetrators, additional providers and hospitals across the country have been identified and sued. The lawsuits allege that not-only were those less expensive, knock-off parts used without the consent or knowledge of the patient, but that patients could be harmed when these parts malfunction or cause an infection.

One patient’s lawsuit, filed in June of last year, accuses providers of personal injury based on fraud and battery. Battery is generally defined as the unlawful touching of another without consent. It is intentional, which differentiates it from medical malpractice. In order to put forward a medical malpractice claim, one must show that a doctor failed to meet the reasonable standard of care. Medical battery is generally defined as a doctor’s interference with the patient’s right to direct his own medical treatment. Medical procedures in which the patient does not have informed consent can result in claims for medical battery.

According to California Healthline, among the first lawsuits was a whistleblower lawsuit filed in 2012 against Spinal Solutions. The lawsuit alleged that patients with counterfeit parts may not have needed surgery, but surgery was recommended as part of a scheme to defraud insurers.

In February of 2015, according to the Milwaukee Wisconsin Journal Sentinel, another whistleblower suit was filed by about 50 insurance companies alleging that doctors and hospitals across the country were involved in “a massive health care fraud scheme and conspiracy” based on the fraudulent insurance claims. The article identifies sources that speculate that damages from the lawsuit could exceed $100 million.

Whistleblowers can help protect the public against fraud and allow the government recover millions in fraudulently paid funds. If you believe that you have witnessed health care fraud, contact our attorneys to learn about your options to take action against the perpetrators and pursue justice.