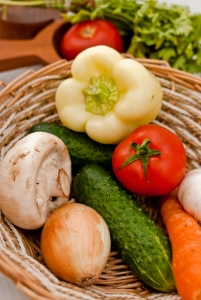 Food safety is an issue of particular concern to toxic tort attorney Gregory J. Brod. The safe consumption of the food that we eat can be affected by a variety of factors along the way from farm to dinner table, including contamination from bacteria and other pathogens. However, one of the most inconspicuous yet pervasive ways that our food can become the agent for illness is through the use of pesticides in the growing process and the long-term cumulative impact those substances have on our health.

A report this week in the San Francisco Chronicle focused on the particular peril farmworkers face from long-term exposure to pesticides. A professor of maternal health and child health and epidemiology and a supporting team at UC Berkeley launched a study of how pesticides adversely affect the health of farmworkers in the wake of the federal government’s decision in the late 1990s to fund research about environmental chemicals and children’s health. The UC Berkeley research found the presence of organophosphate pesticides – commonly used in agriculture but known to harm the human nervous system – in the urine of women in the study group drawn from the Salinas Valley and in greater quantity than in women of child-bearing age elsewhere in the United States. Research has established that children who have been exposed to high levels of pesticides in the womb were more likely to register test result markers that determine the likelihood of attention deficit hyperactivity disorder.

With California a key agricultural state, it stands to reason that the potential exposure of farmworkers to pesticides would be an issue of concern and, indeed, an important treatise on the subject “Fields of Poison 2002” with the subtitle “California Farmworkers and Pesticides” was published a decade ago. But the problem of exposure to pesticides goes way beyond the agricultural sector straight into the lives of consumers. Even though most pesticides used on farms don’t appear in the food we eat there still are troubling facts the Pesticide Action Network of North America has found that are cause for some alarm including the following:

* Tests conducted by the Centers for Disease Control and Prevention found that 93 percent of Americans had metabolites of chlorpyrifos, which is a nuerotoxic insecticide, in their urine. Chlorpyrifos, which has been linked to ADHD, has been banned from home use due to its risks to children.
* Tests have determined that 99 percent of Americans are positive for the presence of DDT degradants, this in spite of the fact that DDT hasn’t been used in the United States since 1972. Studies have found that women who have been exposed to DDT as girls are five times more likely to develop breast cancer.

It’s troubling that the two aforementioned pesticides are found in more than 90 percent of Americans, absorbed into their systems through the food they eat. Unfortunately, as in the case with other toxic torts, the harmful affects of exposure to dangerous substances often don’t show up until years later, and victims and their families are not afforded the opportunity to take measures to protect their health. Our experienced California toxic tort attorney urges you to contact the Brod Law Firm for a free consultation if you believe you have been exposed to harmful pesticides.
-James Ambroff-Tahan contributed to this article.