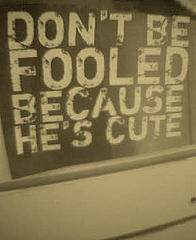 According to the American Veterinary Medical Association’s (“AVMA”) infographic, 4.5 million people are bitten by dogs each year in the United States with 20% of victims requiring medical attention.  In 2013, 31 of these
victims died as a result of their injuries.  Children are often the targets of dog attacks, with 359,223 children aged 0- to 14-years bitten by dogs between 2010 and 2012 and 37% of these children falling in the 5- to 9-year age range.

The AVMA reminds visitors that ANY dog can bite.  This leads us into one of the most controversial issues in the dog bite arena, whether certain breeds are inherently dangerous.  We take no specific position on this debate but interested readers can see the ASPCA’s statement opposing breed specific legislation and the website of DogsBite.org, which calls itself “a public education website about dangerous dog breeds, chiefly pit bulls.”

Regardless of breed, California law is quite clear on the issue of dog bite liability.  California Civil Code § 3342 provides (in part):

(a) The owner of any dog is liable for the damages suffered by any person who is bitten by the dog while in a public place or lawfully in a private place, including the property of the owner of the dog, regardless of the former viciousness of the dog or the owner’s knowledge of such viciousness.

This is a strict liability statute, akin to those in the product liability arena, that hold owners liable for dog bite injuries regardless of whether they had reason to suspect the dog might attack and regardless of how carefully the dog is restrained.

There are a few potential defenses, noted in the discussion of this statute in California’s Civil Jury Instructions, including assumption of the risk (ex. a vet is generally deemed to have assumed the risk that a dog in her care might bite) and contributory negligence.  Although it appears to contravene the statute, courts have sometimes denied recovery to someone who actively provoked the dog.

A Dog Bite Lawyer for San Francisco and Surrounding Regions

We love dogs, but sometimes dogs attack.  We believe owners must be responsible for their animal’s actions, whether that simply means cleaning up after them on a walk or taking responsibility after a dog attacks.  If you or someone you love has been injured by a dog in Northern California, call our dog bite law firm in Santa Rosa, Oakland, or San Francisco to discuss your rights.

In Some Cases, a Dog Bite May Lead to Punitive Damages