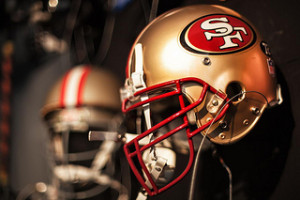 This study is hardly an anomaly and SI notes it is “remarkably in line with the center’s pas research surrounding football and brain disease.”  Past studies have suggested that less-severe but more frequent head injuries are a bigger culprit in CTE than more violent but isolated incidents such as those that might cause a concussion.  Dr. Ann McKee of the VA Boston Healthcare System dismissed those who say scientists are sensationalizing the issue, saying that CTE is a very real issue that has been easily spotted in the donated brains of former players.

The Long-Term Impact of CTE

The webpage for the Boston University CTE Center explains that CTE is a progressive and degenerative brain disease that is found in people who have suffered repetitive brain trauma.  Associated with boxers since the 1920s, recent studies have looked at a range of different groups who incur repeated brain trauma including football players and certain military veterans.  According to the Center, trauma leads to degeneration of the brain tissue and the build-up of abnormal proteins, changes that can appear years, even decades, after the trauma-causing events end.  While CTE can only be conclusively identified after death, it has a number of serious symptoms including memory loss, impaired judgment, confusion, Parkinsonism, and mental health issues (incuding depression, aggression, impaired impulse control, suicidal tendencies).  Eventually, CTE can lead to progressive dementia.

All activities, including sports, carry risk.  However, some risks are made greater by negligent or even purposeful decisions by individuals and organizations.  From a coach who dismisses a young player’s reports of dizziness to a governing conference that ignores medical research and refuses to respond to known dangers, in some cases sporting injuries cannot be dismissed as mere accidents or simply part of the game.  If you or your child has suffered from a sports injury, including but not limited to brain trauma, and you believe someone is to blame, call our Northern California sports injury law firm to discuss your rights.  Please, speak up to protect yourself, your child, and all athletes from unnecessary injury.

Cheerleading: From the Sidelines to Center Stage, From Supporting Athletes to Being Athletes