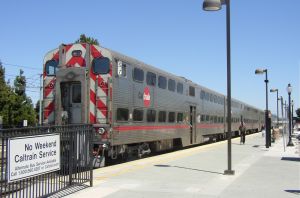 The collision between a Union Pacific freight train and a Metrolink commuter train on Sept. 12, 2008, in the Chatsworth area of Los Angeles was a tragically memorable accident in which 25 people died and another 135 were injured. In the wake of that sad day, the National Transportation Safety Board issued a report that pinned the blame for the accident on the engineer of the Metrolink and called for additional safety measures to help prevent future collisions. However, San Francisco train accident attorney Gregory J. Brod has learned that apparently the NTSB’s recommendations have fallen on deaf ears among some rail agencies in the Bay Area.

The NTSB report determined that the probable cause of the Chatsworth collision was the fact that the Metrolink engineer failed to notice and properly respond to a red signal by stopping at a critical juncture because he was distracted from his duties while text messaging. The NTSB identified two specific safety issues relevant to the Chatsworth incident, which were as follows:

The NTSB’s safety recommendations to the Federal Railroad Administration were very specific as well, including the need to install audio and image recorders within locomotive cabs to verify that crew actions were in compliance with the rules and procedures necessary for safety and train operation. In addition, the NTSB recommended that railroads regularly review and employ the audio and image recorders in tandem with other performance data.

One would think that a high-profile tragedy with multiple fatalities such as the Chatsworth train accident would be a seminal event that would prompt train authorities to review their safety measures and modify them as needed, especially with a major report with safety recommendations having been produced by the relevant federal agency as a result of the accident. However, according to KTVU News, in the Bay Area the NTSB’s recommendations have gone largely unheeded among the region’s transit agencies.

Among the key rail agencies, Amtrak is working on installing equipment that the NTSB recommended in its cars by 2015; BART has added the suggested cab interior cameras but lacks a video view of its tracks; and Caltrain has no cameras within locomotives but has cameras outside its trains.

“If an engineer runs a signal the system will automatically stop the train,” said Caltrain spokeswoman Christine Dunn. “If another train is coming into the station too fast, it’s going to slow that train down. It’s going to prevent accidents.”

But should a train engineer choose to be irresponsible by text messaging, Caltrain’s current safety system will not catch that behavior, much less stop it. And, until the NTSB’s recommendations become mandatory, the process of improving safety in the Bay Area’s trains may be a halting one. In the meantime, should you or a loved one suffer an injury or worse as a passenger aboard a train, please call the experienced personal injury attorneys at the Brod Law Firm for a free consultation.
-James Ambroff-Tahan contributed to this article.

With Two Fatalities in One Month, Caltrain Is Off to Grim Start in 2014