Few words can stir up as many emotions as the word “home” does.  Home should be a place where we feel safe, where we can let down our guard, be our truest selves, and feel love.  Everyone deserves a place to call home, regardless of age, race, or sex.  Likewise, individuals with disabilities have a moral, ethical, and legal right to be treated fairly when it comes to housing.  Sadly, housing discrimination is a very real problem and our San Francisco tenants’ attorney is committed to fighting for everyone’s right to a place to call home.

Last month, the Department of Justice (“DOJ”) issued a press release announcing a proposed settlement in a case against a Wisconsin landlord and property owner accused of discriminating based on disability in violation of the Fair Housing Act (“FHA”).  The lawsuit alleges that the defendants, one individual and one company, discriminated against a mother and daughter by refusing to renew their lease because the daughter is a person with Down Syndrome.  Further, the defendants allegedly demanded the family develop a “plan” to address behaviors purportedly stemming from the daughter’s disability and pressured them to move.  Additionally, the 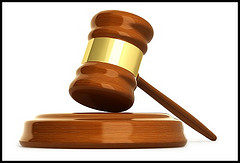 defendants were accused of discriminating against the pair by not taking prompt action to stop disability-related harassment by others living in the building including offensive comments (e.g., “You don’t belong here. . . you belong in an institution.”), interference with their use of the property, and following the pair around the premises.  Allegedly, complaints about this behavior went unaddressed.

Pursuant to the proposed settlement, the defendants will pay $40,000 in damages to the mother and daughter.  In addition, although they continue to deny the allegations, the defendants agreed to maintain an equal opportunity housing environment, institute non-discrimination housing policies, and attend training on fair housing requirements.  Commenting on the settlement, a Housing and Urban Development official said: “No family should have to endure degrading insults and comments in the place they call home.  Today’s settlement reflects HUD and the Justice Department’s ongoing commitment to taking appropriate action against individuals who violate the housing rights of persons with disabilities.”  Likewise, a DOJ attorney noted: “Persons with disabilities, like all Americans, have the right to live in housing free of discrimination and harassment from both landlords and tenants.”

The Fair Housing Act and Other Laws Prohibiting Housing Discrimination

As detailed on a Housing and Urban Development website, the FHA (aka Title VIII of the Civil Rights Act of 1968), prohibits discriminating against people in housing sales, rentals, and/or financings because of sex, race, national origin, or color.  In 1988 (effective March 1989), the FHA was expanded to similarly prohibit housing discrimination against people with disabilities or based on familial status (e.g., pregnancy or the presence of minor children).  The FHA also contains certain requirements to ensure multifamily units are accessible to people with disabilities.  There is a limited exception allowing age-restricted 55-and-older communities if the property meets legal requirements.

The FHA is just one tool the law provides for fighting housing discrimination.  Here in California, the state’s own Fair Employment and Housing Act protects many classes of people against housing discrimination, expanding the federal protections to include sexual orientation, ancestry, religion, and medical conditions, among other characteristics.  Likewise, some localities including the City of San Francisco have their own versions of the FHA and are often broader than the federal law (e.g., including weight, height and source of income as well as a number of other protected groups).

Attorney Brod is proud to be a fair housing advocate.  As a San Francisco housing discrimination attorney (with additional offices in Oakland and Santa Rosa), he uses federal, state, and local laws to fight for those who’ve suffered discrimination by a landlord or property owner.  Our team can help clients file a complaint with the housing authorities or even file a lawsuit if necessary.  Do not assume your case is too small to warrant attention.  Many housing laws include provisions for the recovery of attorneys’ fees in successful cases.  Call today to learn more.  You don’t need to fight alone.