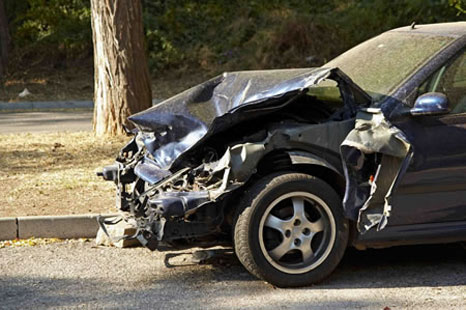 For most Americans, getting in a car is an everyday activity. Most individuals drive to work in the morning, home in the evening and use their car to run errands. Since driving is such a common place activity for most people, we often forgot how dangerous it traveling on our roadways can actually be. Consequently, many drivers are not as cautious as they should be. But as our San Francisco car accident attorney knows, deadly car accidents are a much too frequent occurrence, especially here in a dense urban area.

Brandon Solem, a 33 year old man and San Francisco resident, recently died after his car rear-ended another vehicle in the area around the University of San Francisco. As The Examiner reported, the accident occurred last Thursday, just past midnight at the intersection of Fulton and Stanyan streets. Mr. Solem was driving west on Fulton street when he hit another car that was stopped at a red light. The impact was enough to cause the other car to turn over. Both drivers were taken to San Francisco General Hospital. Mr. Solem’s injuries were severe, and he died several hours later. The other driver, a 27 year old woman, is expected to survive. Police are still investigating the cause of the accident and additional details are not yet available.

At first glance the situation seems clear enough; a car did not stop for a red light, causing an accident. But an investigation will explain the “how” and “why” of the accident, not just the “what.” Understanding all the circumstances surrounding this crash and other San Francisco car accidents is critical.. Details can often mean the difference between a successful lawsuit and an unsuccessful one. For example, if one party was driving drunk the legal repercussion are very different from a case where the party was unable to stop because of defective breaks. Knowing if any laws were broken is also significant.

Generally, in order to hold the opposing side liable for the consequences of the accident, legal negligence rules require that the plaintiff show the defendant had a duty and breached that duty. In some instances, however, a violation of a law, such as the failure to stop at a red light, can be prima facie evidence of negligence. In other words, evidence that a law was broken means that the plaintiff can satisfy the first hurdle in a lawsuit without going through each individual step. Rather than requiring the plaintiff to show all the elements of his or her case, a prima facie case allows the plaintiff to move forward automatically and puts the burden on the defendant to rebut the charges.

The San Francisco car crash attorneys at the Brod Law Firm have experience working with the victims of Northern California motor vehicle accidents. If you or someone you know is injured in a car accident, please contact us. We can give you advice on the best way to proceed. In the event that the other party violated a traffic law, we can determine how that will affect what you are able to recover.