Earlier this week, we told you about a gas line break in San Bruno, an accident that shook a community that is all too familiar with the possible dangers associated with the oil and gas industries. The city of Richmond also knows that the energy industry, while vital to fueling our nation and also a key part of our local economy, carries the potential for tragedy. In 1999, an explosion rocked the Chevron refinery. On Monday, another blast shook the plant. Our Richmond refinery injury attorney is following as the story develops in this latest oil accident. 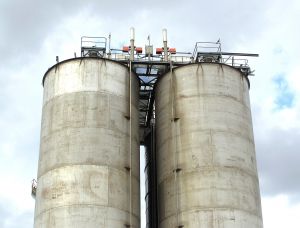 Early Tuesday morning, Chevron held a press conference to discuss the events of the prior day. According to The San Francisco Chronicle, spokeswoman Heather Kulp told reporters that the first reports of a leak involving a hydrocarbon similar to diesel came at 4:15 on Monday afternoon. The leak grew and officials evacuated work crews from the plant at 6:30. A short time later, the fuel ignited. The plant manager, Nigel Hearne, reported that all employees had been accounted for and that none of the plant workers suffered serious injury. Kulp did add that three workers had been treated at the scene for minor injuries.

Outside of the plant, residents reported hearing two explosions around 6:15. Kulp, however, said that there the leak did lead to a fire but stated that no explosion occurred. Hearne stated that the fuel leak fed a fire in the plant’s No. 4 Crude Unit. The blaze created a smoky black cloud that spread across the East Bay area. Contra Costa County health officials issued a “shelter-in-place” order, meaning residents were directed to remain sheltered at their current location, closing windows and turning off HVAC systems. Authorities have not determined what was in the cloud, but they did lift the order around 11:30 P.M. on Monday night. Despite the order, more than 350 residents sought treatment for respiratory problems at emergency rooms in Richmond and San Pablo. Officials did add that neither Kaiser Permanente in Richmond nor Doctors Medical Center in San Pablo admitted any patients in connection with the smoke cloud.

By early Tuesday morning, firefighters extinguished the larger fire at the refinery. They did allow a small controlled burn to continue in order to reduce the pressure in the damaged unit. Officials hoped that this tactic would ensure that no more hydrocarbons could escape. In a related statement, Kulp apologized to the community for the fire and the fear it caused. She added that they are working to determine what caused the leak and the blaze so that they can prevent the issue from recurring. Government inspectors from multiple agencies will also take part in the investigation.

We are members of the Northern California community and we share the concerns of our fellow residents. We respect the importance of the oil industry, but we also believe in demanding the industry operate in the safest possible manner. Our legal team is here to help when an oil or gas industry accident, whether in a pipeline or at a refinery, causes injury to workers or other community members. We will continue to follow the Richmond refinery accident story as it develops and we welcome calls from injured Californians. Our California refinery injury law firm is here to help.