Representing clients injured in San Francisco workplace disasters means following news from across the nation and even around the globe. Although New Zealand is on the other side of the world, the investigation into a mine explosion that occurred there two years ago can hold lessons for the coal mining industry and related fields here in Northern California. These lessons can also translate into legal responsibility, opening companies that ignore safety up to lawsuits from those injured by industrial negligence. 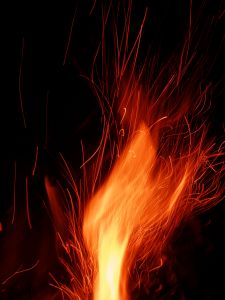 The San Francisco Chronicle is following the release of an investigation into a tragic underground explosion in a New Zealand mine that killed twenty-nine workers in November 2010. After eleven weeks of hearings, the report concluded that the Pike River Coal company exposed miners to an unacceptable level of risk as it focused instead on financial gains. The cited failures include ignoring twenty-one specific warnings in the seven weeks prior to the explosion that methane gas had grown to explosive levels below ground, plus twenty-seven other warnings of danger, with warnings continuing through the morning of the explosion. In some instances, workers rigged their machines to bypass methane sensors to prevent a safety trigger that would automatically shut the equipment down when methane levels grew too high.

Further, the report criticized the company’s unconventional methods for reducing methane, including the major error of putting a ventilation fan underground rather than on the surface. This decision caused the fan to fail after the first in a series of explosions, which effectively shut down the entire ventilation system. The report also noted the company used water jets to cut the coal face, a technique known to release large amounts of methane. While the report did not definitively identify a cause of the explosion, it did point to a pump that may have triggered a dangerous arc. Looking at the sum of the evidence in the report, New Zealand’s Prime Minister, John Key, said that Pike River Coal had completely failed to protect its workforce.

In addition to the company itself, the government of New Zealand took sharp criticism in the wake of the mine explosion and the recent report. Kate Wilkinson, the nation’s labor minister, resigned her labor responsibilities after the report’s release, calling it the honorable response to a tragedy on her watch. Overall, the report found New Zealand has a poor record in terms of workplace safety and criticized the regulatory oversight as inadequate in the period leading up to the disaster. At the time of the explosion, the county had a mere two mine inspectors who were unable to meet the demands of their workload. As a result, Pike River obtained a permit without any scrutiny into its initial health and safety plan and little ongoing oversight. Prime Minister Key agreed with the need for a philosophical shift in the government from trusting that a company is acting in the worker’s best interest to setting regulations forcing companies to follow appropriate guidelines. He agreed to consider recommendations related to strengthening mine oversight. Key did not commit to additional the report’s suggestion that the government for a new agency focused solely on workplace health and safety.

Lessons for Northern California Disaster Victims
Why is this story important to a reader in California? The mine disaster in New Zealand demonstrates the immense danger risked when a company places profits over safety. Such misguided decisions are often a key underlying evidentiary point in support of a workplace injury or toxic tort lawsuit. Additionally, companies have a responsibility for staying aware of safety lessons from both tragedies and positive technological advances, making this disaster particularly relevant to future methane-related accidents.

The Brod Law Firm will continue to follow global news that is relevant to our local clients. We represent individuals and groups in San Francisco toxic torts and San Francisco energy industry accidents, as well as similar claims throughout the Northern California region. If you suffered an injury in an explosion or other industrial tragedy, we can help you recover compensation through an individual or, where appropriate, class action lawsuit. Call for a free consultation so we can discuss putting our experience and our knowledge of relevant events worldwide to work for you.