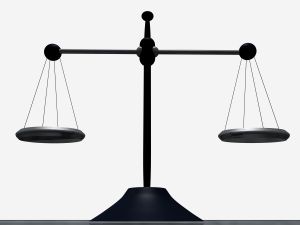 A person who has been subjected to sexual assault experiences one of the most degrading acts imaginable, and the issue of power is often at the center of the perpetrator’s unwanted advances toward the victim. But when it comes to an imbalance of power in the context of a sexual assault, nothing quite stoops as low as the sexual abuse of a minor, and San Francisco attorney Gregory J. Brod is experienced at seeking just compensation for the violation of such victims’ rights.

Two unrelated cases of alleged sexual abuse of minors in the Bay Area cropped up in the news this week, both involving cases in which the accused perpetrator was a law enforcement officer. According to the San Francisco Chronicle, a Hayward police officer was arrested and booked Saturday on suspicion of substantial sexual conduct with a minor in connection with alleged acts of abuse with several girls while the officer worked in Livermore as an after-school program teacher. In the other case, a San Mateo County sheriff’s deputy was arraigned Monday on charges that he molested a young female relative, also according to the San Francisco Chronicle.

Unfortunately, as shocking as it may seem, alleged cases of sexual abuse of minors by a figure known to the victim such as the aforementioned examples are all too common in the United States. Indeed, according to a 2003 National Institute of Justice report, 75 percent of adolescents who have been sexually assaulted were victimized by someone they knew well. In circumstances where a minor has been sexually assaulted, an authority figure such as a law enforcement officer, teacher, religious leader or adult relative has often won the trust of the child well before the violation occurs, making the abuse all the more reprehensible.

Here are some other notable statistics from studies on sexual abuse against children from the National Center for Victims of Crimes:

The consequences of sexual abuse against children can be profoundly damaging to its victims, both physically and psychologically. A minor who has been subjected to extended sexual abuse often develops low self-esteem, a feeling of worthlessness and an abnormal or distorted view of sex. In addition, such children may become withdrawn and mistrustful of adults, and they can even become suicidal.

While many cases of sexual abuse against minors result in criminal charges, a person who been victimized in such a way often has the grounds for civil legal action as well. If you or a loved one has been the victim of sexual abuse, please call the Brod Law Firm for a free consultation as soon as possible.
-James Ambroff-Tahan contributed to this article.

See Related Blog Posts:
Seeking Justice After Trauma: Legal Considerations After a Case of Sexual Abuse In an Oakland-area School