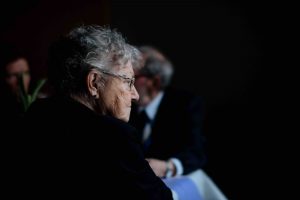 There may come a time when you have to put mom or dad, or grandma or grandpa, into a care facility. It is never your first choice, yet it is often the best one. Your elderly loved ones may need more physical support, supervision, and medical care than you are capable of giving them. By letting your loved one continue to live at home or with you, you are actually doing him or her a disservice and increasing the risk of negative health effects or early death. However, there are a number of practical questions that arise after you have decided a facility is best for your loved one, including:

END_OF_DOCUMENT_TOKEN_TO_BE_REPLACED 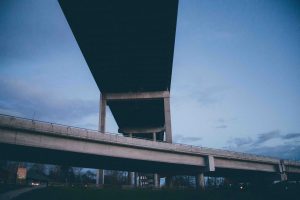 Cheryl and Eric Mills were arrested for kidnapping and elder abuse after suddenly removing an elderly relative from a care facility without permission. Police found the Mills and the elderly individual 90 miles away from the care home in Stockton. The 88-year-old victim was not harmed during the incident, but the individual has continuous health concerns and is unable to give consent, according to a detective on the case. Neither of the Mills had permission to remove the individual from the facility and did not have the capability to care for the elderly person as was necessary.

When an elderly individual is abused by a relative, caretaker, or other person and suffers physical, psychological, or financial injuries, he or she has the right to pursue compensation through a personal injury claim. Any person who harms an elderly person can be held civilly liable in court for the economic and non-economic damages associated with the abuse. For instance, if the Mills had harmed their elderly relative during this incident, the individual would have had a cause of action against them.

END_OF_DOCUMENT_TOKEN_TO_BE_REPLACED According to the U.S. Centers for Disease Control and Prevention, 21 million individuals in the U.S. have been diagnosed with diabetes and another 8.1 million go undiagnosed. A small percentage of these individuals have Type 1 diabetes, while the more significant portion of Americans have Type 2 diabetes brought on by obesity and other lifestyle factors. Considering the proportion of Americans with diabetes, it is no surprise that many elderly individuals in nursing homes need their diabetes properly maintained to avoid injury. Undiagnosed or improperly treated diabetes can lead to devastating consequences, including death. If you believe nursing home staff over- or under-treated your parent’s diabetes causing an injury, contact a San Francisco nursing home neglect attorney at Brod Law Firm today. Your parent’s situation may be protected by California’s elder abuse and personal injury laws.

For elderly individuals, particularly those with diabetes, it is crucial to avoid hypoglycemia, which is when a person has detrimentally low blood sugar. A normal blood sugar level ranges from 70 to 110 milligrams per deciliter. A diabetic patient’s goal depends on a number of factors and should be set and monitored by a physician. Hypoglycemia can occur when patients are administered too much insulin or another drug that lowers blood glucose levels.