When you first get your license, driving can feel like freedom.  Over time, sitting in the driver’s seat can become more about frustration.  We all experience frustrating and even enraging moments behind the wheel and how we respond can make a real difference.  Serving as a car accident lawyer in Santa Rosa and throughout Northern California, Attorney Greg Brod knows that the problems of aggressive driving are not always confined to San Francisco or other supersized cities.  Aggressive driving is a danger on EVERY roadway.

Report Looks at the Prevalence and Risks of Aggressive Driving

This month, the AAA Foundation for Traffic Study released a report titled Prevalence of Self-Reported Aggressive Driving Behavior: United States, 2014.  The report details the results of a survey of 2,705 drivers nationwide conducted in 2014.  In the survey, the researchers asked drivers to review a list of eight driving behaviors and identify whether, over the past year, they engaged in the behavior regularly, fairly often, rarely, just once, or never.  More than three-quarters of t 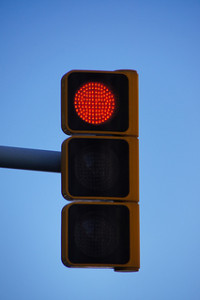 hose surveyed admitted to engaging in at least one of the listed aggressive driving behaviors in the past year including: