In modern day America, many working adults find themselves as a caregiver two times over, caring for their growing children and aging parents. Often the needs of aging parents become too great for their adult children to address on their own and, especially when physical or mental illness is an issue, a nursing home is the best option. However, while there are many places that provide excellent care, others are the stuff of nightmares. Overmedication in nursing homes is a major problem and it is one of the forms of abuse we help people fight as a San Francisco nursing home abuse lawyer.

NPR Reports on the Overuse of Antipsychotics in Nursing Homes
Last month, NPR reported on the problem of drugging in nursing homes, opening with the fact that almost 300,000 nursing home residents receive antipsychotic medications. These medications are approved for serious mental illnesses like schizophrenia and bipolar disorder, but are often used to suppress anxiety and 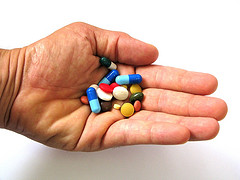 agitation in Alzheimer’s disease and other forms of dementia. This is despite the fact that the medications carry a black box warning, the most serious warning a drug can carry while remaining on the market, indicating they can raise the risk of heart failure, infection, and even death when used by dementia patients. Even when they are medically indicated, these drugs should be used for as short a period as possible, often only a month. Still, as in examples cited in the NPR article demonstrate, many care centers use these drugs for the convenience of the staff because they can sedate patients and blunt behaviors. Guardians and patients often agree to the medications without knowing the drugs are unnecessary.

Both federal and state laws prohibit the use of antipsychotics and other psychoactive medications as “chemical restraints.” A government study in 2011 found 88 percent of antipsychotics prescribed for Medicare patients in U.S. nursing homes were used to treat dementia, despite not being approved for such a purpose. The federal government responded by starting a campaign to reduce the misuse of antipsychotics. Reducing the use of these drugs in nursing homes by 15 percent took nearly two years instead of the expected timeframe of under a year. Still, nearly 300,000 patients remain on the dangerous medications.

Lack of Accountability for Homes that Medically Sedate Patients
A related NPR piece notes that, despite a continuing campaign by the Centers for Medicare and Medicaid Services (“CMS”) to reduce the number of nursing home patients using antipsychotic medications, there are few consequences for nursing homes that oversedate patients. Although there have been a number of training initiatives aimed at preventing overmedication, NPR found that CMS has rarely used the penalties available to it when nursing homes are found to have given patients unnecessary drugs. Notably, even if current goals are met and overuse is reduced by an additional 15% by the end of 2016, there will still be close to a quarter of a million nursing home residents receiving unnecessary and often dangerous antipsychotic medications.

Northern California Nursing Home Attorney Fighting the Ovemedication Epidemic
If you suspect a loved one is being dangerously overmedicated, our San Francisco overmedication law firm can help. As a Northern California nursing home abuse attorney, Greg Brod can help you protect your loved one, bringing the mistreatment to an end and holding the care center responsible for their behavior. Our team can also help you recover compensation for the harm done, money that can be used to obtain top-level care for your loved one.