Perhaps the biggest phenomenon in the transportation world during 2014 has been the rise of Uber and other ride-share apps. While some have been in existence for a number of years, ride sharing companies grew exponentially this year with both riders and drivers taking advantage of technology allowing a person in need of a ride to connect with a driver for hire. Although the services have many loyal devotees, there are increasing concerns about what happens when things go wrong both in terms of car accidents and when either party has bad intentions. Our San Francisco injury law firm is closely following the related legal developments and fully prepared to represent people injured while using Uber or other ride-share services whether in a crash or as the victim of an assault.

“Common Carrier” or Just Another Driver? 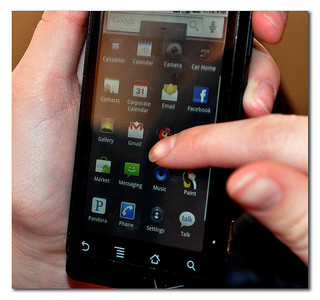 Uber and other rideshare apps may save passengers money but customers may not have the same legal protections they have in a traditional taxi. As the California Civil Jury Instructions explain, “common carriers” are companies that are in the business of transporting the general public or their property. This is important because common carriers owe enhanced duties and “must use the highest care and the vigilance of a very cautious person. They must do all that human care, vigilance, and foresight reasonably can do under the circumstances to avoid harm to passengers [or property]” (California Civil Jury Instructions 902). In contrast, a typical driver only owes a duty of ordinary care, a much lower standard. The enhanced duties make it easier to recover in a personal injury lawsuit if a car accident occurs. It is well-established that taxis and buses fall into the category of common carriers. While at least some courts have found ride-share companies fall into this category, others have yet to rule on the issue and the companies strongly contest the label.

Accusations of Assault Involving Ride-Share Drivers
In addition to the risk of car accidents, there have been allegations of assault and rape by ride-share drivers. On Wednesday, Uber’s head of global safety authored a blog post promising to focus on safety while defending the company’s record. ABC News reports the post comes amid increasing concerns the California-based company, valued at a whopping $40 billion, does not adequately screen drivers for past criminal convictions. The post does not mention a lawsuit filed last week by California prosecutors that alleges Uber exaggerates its screening process which does not, unlike regulated San Francisco taxi companies, require fingerprinting. It does, however, reference a case in India involving a driver accused of raping a customer. While there are few details provided, the post does allude to new screening processes and a team that will respond to safety reports. District Attorney George Gascon said he could not comment on specifics but said San Francisco encourages any changes that make rides safer.

Protecting Ride-Share Passengers in California
As an injury law firm, we are dedicated to protecting people hurt by others’ negligence. While the law is different, we are ready to fight for anyone injured while using ride-share services or otherwise. Do not accept a company’s refusal to compensate you, regardless of any contractual provisions that purport to limit responsibility. We are prepared to use injury law, common carrier principles, employment law, and other areas of the law to ensure you are compensated. In addition to helping those hurt in a car accident involving a ride-share company, we are also prepared to victims of assault and/or rape by a ride-share driver. Call to arrange a no-cost consultation with our skilled San Francisco rideshare injury attorney.