Are Vision Zero SF’s goals realistic?  Many thought the ambitious goals could never be met.  There are promising signs that the doubters may be wrong. 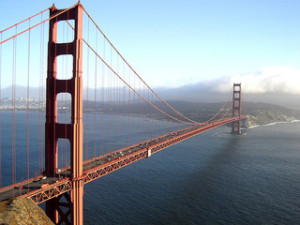 In July, the San Francisco Chronicle published a one-year update.  The Municipal Transportation Agency (“MTA”) committed to completing at least 24 of the 40 specific traffic improvements enumerated in the Vision Zero plan during the first two years.  Most of these early action items have been completed and an MTA spokesman says San Francisco will meet the Two-Year Action Plan’s goals while also completing additional improvements not on that initial list.  Completed projects include: 1) Daylighting (removing visual obstructions, including parked cars) 80 intersections in the Tenderloin, among the deadliest areas for pedestrians; 2) Installing specified traffic signals; 3) Installing temporary curb extensions at specified crosswalks; 4) Adjusting signal timing; and 5) Stopping vehicles further back at certain crosswalks.

The July update notes plans to tackle two bigger projects in the coming months on Polk Street between McAllister and Union and on Market Street.  In August, KQED reported on the implementation of turn restrictions preventing private vehicles from turning onto Market between Third and Eighth Streets.  Market Street is among the focal areas for the two-year plan because it saw 162 injury-causing collisions between 2012 and 2013.  Other recent Market Street changes include the extension of transit-only lanes and improved safety/loading zones.

As for the ultimate goal, traffic fatalities are down, but officials say it is too soon to tell if the two-year plan’s projects deserve credit.  Vision Zero SF team members say 12 people died in San Francisco traffic collisions through June (7 pedestrians, 2 bicyclists, 3 motorcyclists).  That is a drop from the 15 killed in the same period in 2014 (9 pedestrians, 2 bicyclists, 2 motorcyclists, 2 drivers).

A Commitment to Safety

There is more to be done, but we are excited by the progress.  Some might think it odd for an injury law firm to focus on safety.  Suspicious, they ask: “Wouldn’t you lose business (and money) if there were no traffic accidents?”  Perhaps, but we are people first, people who live in this community and are personally affected by traffic tragedies.  This commitment to safety drives our work.  One reason we are committed to holding people accountable in court is that it legal consequences prevent those people and others from engaging in dangerous behavior.  In that spirit, our Northern California injury law firm applauds the vision behind Vision Zero and the progress towards its lofty goals.

If you do find yourself dealing with an injury or mourning a relative following a Bay Area traffic accident, please call.  We can help you move forward and together we can further the goal of accident prevention.

(For an interesting look at the differences between Vision Zero New York and Vision Zero San Francisco, see this article from the non-profit Next City.  It includes a fascinating (to us!) discussion about setting goals that fit our city’s tech-driven nature and using data to enhance safety.)