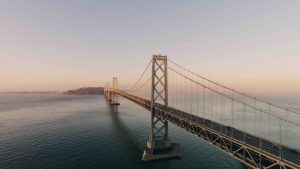 In early July, a casino bus was in an accident with two other vehicles on the Golden Gate Bridge shortly before 1 p.m. It was a chain reaction accident. One vehicle rear-ended the other when it came to a stop at the toll plaza. The bus then rear-ended both vehicles. Eight individuals from the bus, many of whom were elderly, and three individuals from the other cars were transported to nearby hospitals with minor injuries. Luckily, no one was significantly injured in this bus-related crash. However, large passenger buses can be involved in serious and catastrophic accidents. When the bus is at fault, victims must determine what went wrong and who is liable for their injuries.

Whether it is a school bus, public transit bus, or a commercial passenger bus, these vehicles often get into accidents because of:

If you were in an accident and you believe the bus was at fault, contact Brod Law Firm today. We have experience investigating all types of auto accidents and will work with the relevant authorities to determine the exact cause of the crash, who was at fault, and who may be legally liable.

Liability for a Bus Accident

If you were injured in an accident caused by a bus, you should work with an experienced personal injury lawyer right away. It may take an in-depth investigation into the crash to discover what went wrong and who is responsible. The parties most commonly responsible for a bus accident include:

Keep in mind that the bus driver may be the person at fault for the accident. It may have been his or her actions behind the wheel that led to the collision and your injuries. However, in almost all cases the bus driver is an employee of a private company, school district, city, or county. Employers are generally responsible for their workers actions while performing work duties, which would make one of these entities liable for the bus driver’s actions.

After being injured in a bus accident that is the fault of the bus driver, bus company, maintenance provider, or another party, you may have the right to pursue compensation for your:

Calculating your economic and noneconomic damages after a bus accident can be difficult. After all, how much is your pain and suffering worth? How much should you be paid for disfiguring scars? A number of factors may increase or decrease the amount of compensation you can pursue, particularly for noneconomic damages. Speak with our experienced personal injury lawyers at Brod Law Firm today to learn more.