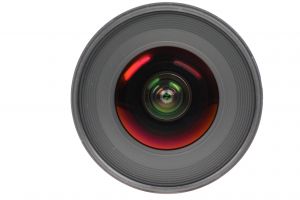 According to the SF Examiner, Muni is working on installing new digital cameras on about 350 of its buses. The Department of Homeland Security is providing $6 million in funds to purchase and have Muni install the cameras over four years. If the cameras are deemed successful at catching or deterring criminal behavior they could be installed on all buses and light rail vehicles.

The installation of the digital cameras follow Muni’s $1.2 million spree to repair and replace malfunctioning on board cameras in 2009. In July 2009, the stabbing of an 11 year old boy that normally would have been captured on tape was never recorded because the cameras were non-operational. The failure of the Muni cameras was also questioned in a crash that same month in which two Muni trains hit each other and 48 passengers were injured. Neither of the trains had functioning cameras and therefore no data was available from them to analyze the crash.

As a result, an audit was conducted which found that 52% of Muni on board cameras did not function properly, SF Gate reported. Problems ranged from complete disrepair, to blurry images, vandalism, bad cables and more. By September 2009, Muni claimed it had decreased that number to 20% of cameras. It had trouble replacing many old parts which were not available anymore. It was also revealed that Muni did not conduct routine inspections of its camera equipment and needed to develop a plan to do so, since none was in the works.

Muni also decided to install “DriveCam” on all of its vehicles. The camera is activated by jarring movements, like unexpected acceleration or braking, which affects the force detected by its sensors. The cameras record both the exterior and the interior of the Muni vehicle during an incident. In April 2010, on board cameras were non-operational on a 10 Townsend coach which hit a row of parked cars. However, DriveCam captured the image of the driver leaning over with his eyes off the road.

The SF Examiner published an account of DriveCam’s effectiveness after one year of use. It reported that the total number of bus accidents decreased from 964 in 2009, when Muni started installing DriveCam on buses, to 483 in 2010, when all buses were equipped with the camera. DriveCam focuses on the driver’s actions and allows Muni to identify and retrain or discipline drivers with multiple safety violations. With DriveCam, footage is constantly recorded on a short loop and newer footage overwrites the oldest footage when no event triggers storage of a certain loop. Events are stored for a total of one year and therefore, in the case of an accident, should be requested within that time frame.

The new digital cameras will focus on passenger safety on the bus. Hand in hand, the two surveillance systems should provide more data on both traffic accidents and criminal behavior affecting the system. These reporting systems are important to the integrity of the public transportation. SFMTA saw a 3% increase in ridership from 2009 to 2010, which can only be sustained with an improving track record on safety.

Greg Brod is an experienced personal injury lawyer practicing in the San Francisco Bay Area and surrounding areas. If you have been injured in a Muni related accident, contact the Brod Law Firm for a free consultation.