Armed with recent holiday acquisitions, increasing numbers of amateur enthusiasts are excited to explore the California skies.  Today, we return to an issue we looked at in early December: drone accidents involving commercial, recreational, and other non-military operations.  First, we look at a recent news report on the growing trend of drone safety classes and the ever-evolving network of drone laws and regulations, including rules that have taken effect since our first drone injury report.  We also look at just a few of the drone accidents reported in recent months, accidents that are probably just the tip of the iceberg as drone shift from weapons of war to everyday tools and common toys.  Our Northern California drone accident lawyer is committed to staying informed about the issues and laws so that we can help people injured by drones in Oakland, San Francisco, Santa Rosa, and elsewhere in our region.

Over the weekend, The Oakland Tribune reported on the new wave of classes available for people interested in flying drones (also called “unmanned aircraft systems” or “UAS”).  Recently, 30 enthusiasts of all ages gathered at Concord’s Buchanan Field to learn about UAS safety from a retired flight instructor with more than 80 hours of drone experience.  Although the class focused on property damage, we don’t doubt that the instruction can help students avoid injury-causing accidents as well.

END_OF_DOCUMENT_TOKEN_TO_BE_REPLACED 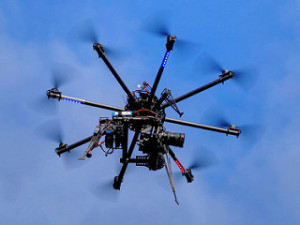