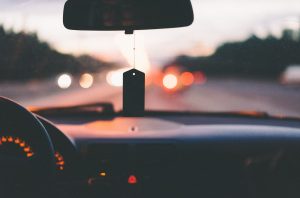 Self-driving cars are being tested across the country and may soon become a more common way to get around town. Self-driving Uber vehicles, however, will no longer be allowed on San Francisco streets, at least for the time-being. An ongoing battle between Uber and California regulators has finally resulted in a ban on permits to Uber self-driving vehicles. The ban comes after complaints from cyclists and others that these vehicles have been breaking the law and causing unsafe conditions on the road.

Self-driving Uber cars just showed recently up on the streets and already there are serious safety concerns. Although these vehicles have drivers aboard, there are fears that the cars are not properly adhering to traffic laws. The most important worry is that the vehicles do not make legal right turns. Vehicles are supposed to merge into the right lane to accommodate bicyclists safely. However, Uber technology may not handle turns in that manner. Instead, the vehicles make a right turn without merging, cutting off cyclists. This could cause accidents and major injuries for bike riders. Recently, a motorist claimed that a self-driving Uber vehicle ran a red light.

The San Francisco Bicycle Coalition is concerned about the possibility or dangers associated with self-driving vehicles. The group gathered signatures on a petition to request a safety review of Uber vehicles. They pointed out that the technology for making right turns does not adhere to California laws. While autonomous vehicles are being tested in a number of markets across the country, San Francisco holds some unique difficulties because of traffic congestion, road angles, and a large number of bicyclists.

Uber started testing self-driving vehicles in San Francisco on December 14. The test vehicles included an engineer and safety driver. The program was not compliant with DMV, Department of Motor Vehicle, regulations. Uber voluntarily shut down the program after they were told to do so or face legal action. According to California law, vehicle owners must obtain proper permits before they are allowed to test on public streets. The permits ensure that the owners take legal and financial responsibility should an accident occur. Uber reportedly did not obtain permits prior to testing.

Self-Driving Vehicles Will Be Back

Although Uber autonomous vehicle testing has been halted, it will not prevent them from continuing to test elsewhere. They will also likely obtain the permits necessary to legally test their cars on San Francisco streets. Motorists and bicyclists need to exercise more caution than usual when driving in traffic. Bicycle lanes are supposed to be safe for riders, however, if self-driving cars do not follow the laws, accidents and injuries may occur. It is also important to note that Uber is not the only company that intends to utilize self-driving vehicles in the future.

Accidents between autonomous vehicles and cyclists and other motorists can be serious. If you were severely hurt in an accident, you may be entitled to compensation. Contact Brod Law Firm to discuss the details of your situation. Call us today at 800-427-7020 to schedule a free consultation.