Per the appellate court, Wright took a “lengthy walk from his home to his actual place of work” (equivalent to several city blocks).  On December 14, 2010, Wright fell on a staircase just outside his unit when a concrete step allegedly collapsed.  He received workers’ compensation and elected early disability retirement.

Wright also filed a civil premises liability claim against the state.  The State suggested the injuries arose out of Wright’s employment and thus the claim was barred and Wright was limited to worker’s compensation remedy.  The State filed for Summary Judgment and the trial court granted the motion.  According to the trial court, the “coming and going” rule which typically holds the trip to and from work is not covered by worker’s compensation did not apply because Wright was on his employer’s premises at the time of injury.  The court suggested employment begins upon entry to the employer’s premises, even for resident employees.  Wright filed for a new trial and, after that was denied, he appealed. 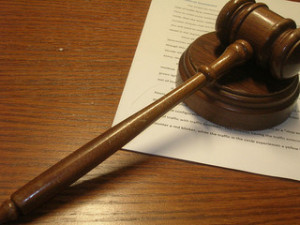 The appellate court reversed, holding it was error to bar the tort claim simply because Wright was on his employer’s premises when he fell, especially given that he lived there.  According to the decision (which the Supreme Court allowed to stand), the worker’s compensation bar against tort claims applies where the injury arose out of and happened in the course of employment.  Typically, injuries sustained during the commute to and from work are not covered by worker’s compensation (“the coming and going rule”).

Despite sounding simple, this rule can be difficult to apply so the courts eventually developed a premises line rule which holds employment commences when the employee arrives on the employer’s premises.  However, the appellate court criticized the lower court’s failure to consider that Wright lived on premises.  Reviewing cases involving resident employees, the court finds that worker’s compensation usually applies and bars tort suits where an employee is required to live on-site (the “bunkhouse rule”).  In contrast, the court notes Wright was not required to live on site, paid market rent, and was neither on-call nor did he perform work at his residence.

As added support for its ruling, the appellate court pointed to the requirement that Wright obtain rental insurance.  If the State was responsible for all injuries Wright suffered on its premises even injuries in or near his rental unit, in other words if worker’s compensation covered him at all times, this insurance would unnecessary.

Tenant Employees and the Limits of Worker’s Compensation

Ultimately, the court found the facts warranted closer attention, creating a “triable issue of material fact whether Wright was acting in the course of his employment at the time he was injured.”  While it passed the ultimate decision on to the trial court (as procedural rules require), the appeals court suggests that where an employee voluntarily chooses to live on-site and is injured in the residential area a civil claim outside worker’s compensation may be appropriate.  Per the court, tenant employees are different from non-residential employees “and that they have not entered the course of employment simply by virtue of living on their employers’ premises.”  Tenant employee’s injuries must be closely examined and the court must apply basic worker’s compensation principles and decide if the injuries arose out of the employment relationship.

Beyond Workers’ Comp: A Look at Third Party Claims Inspired by Scary Moments for Two Sets of California Window Washers

Court Rules on Claims of “Ordinary Negligence” in a Medical Setting