Despite a movement towards farmer’s markets and co-ops, most Americans still get the bulk of their food from grocery stores and large retailers.  In 2016, we should be able to trust that these products are safe.  Unfortunately, foodborne illness remains a major problem in this country as a recent listeria outbreak demonstrates.  While most people might suffer a bad stomach ache after exposure to foodborne bacteria, some end up in the hospital and some even die.  Our San Francisco food safety lawyer is here to help when unsafe foods cause serious consequences.

CBS SF recently reported on an outbreak of listeria that has prompted a massive recall of frozen foods.  According to the report, the Centers for Disease 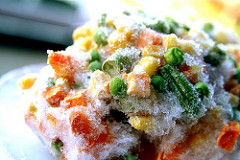 Control (“CDC”) has released a list of 358 frozen fruit and vegetable products, including 42 different brand names, that may be contaminated with the potentially deadly bacteria.  The list includes products sold in all 50 states by retailers including Safeway, Costco, and Trader Joe’s.  At least 8 people have been hospitalized after consuming contaminated foods, two of whom later died of other causes.

END_OF_DOCUMENT_TOKEN_TO_BE_REPLACED

It seems like food safety is in the news more and more.  Last week, officials announced that an e. coli outbreak tentatively linked to a major chain restaurant has hit California (CBS News).  Foodborne bacteria LOVE the holidays.  As you contemplate Thursday’s feast, our San Francisco food safety law firm has some advice on holiday food safety to ensure foodborne illness doesn’t hit your Thanksgiving table. 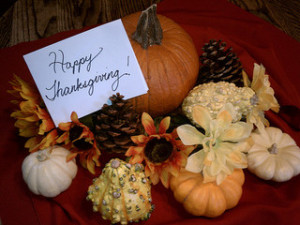 Foodborne bacteria can strike at home as well as in commercial dining establishments.  The Centers for Disease Control (“CDC”) webpage Tracking and Reporting Foodborne Disease Outbreaks reports that 48% of the outbreaks linked to a known single setting from 2009-2010 involved a restaurant or deli while 21% involved food consumed in a private home.  We suspect these numbers might be skewed since it is easier to trace a larger outbreak to its source.  Regardless, consumers have much greater control when it comes to home cooking.