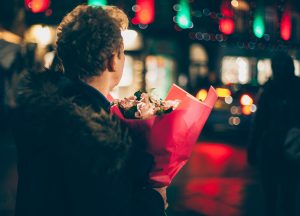 Valentine’s Day is by no means the busiest times of year for police officers looking for drunk drivers. However, it is one of those nights every year when you may be tempted to have too much wine or an extra cocktail before the drive home. When you are out enjoying a romantic evening with your significant other, it is easy to splurge on the bottle instead of a glass or take in a nightcap before ending the evening. Unfortunately, this puts you at risk for driving with a blood alcohol content over the legal limit of .08% and causing an accident. Even if you keep the drinking to a minimum this Valentine’s Day, you may want to consider other drunk drivers on the roads and avoid driving.

Tips to Avoid an Alcohol-Related Accident on Valentine’s Day

When you plan a romantic evening for you and your partner, the last thing you want is a DUI or alcohol-related accident to spoil the mood. To avoid an accident, consider these romantic ideas:

END_OF_DOCUMENT_TOKEN_TO_BE_REPLACED

Marijuana has been a topic of discussion and debate for many years.  While medical marijuana is accepted here in California, debate continues over how to control medical usage, whether to permit recreational use, and how to resolve conflicts between state and federal law.  There is one question, however, that our San Francisco injury lawyer feels has not gotten nearly enough attention – the impact of marijuana use on driving ability.

The Debate Over Driving While High and the Criminal Law Question

Over the weekend, KPIX took a look at this important issue.  Three drivers with varying histories of marijuana usage were put through a testing course in Washington state.  On the first round, despite having an unclear amount of marijuana in their systems, all three drove acceptably.  However, after smoking again, the report notes that fact that all three were high “really started to show” and one driver almost hit the photographer.