Lane splitting occurs when a motorcyclist travels between two lanes of traffic. Bikers typically do this when traffic has come to a complete stop or when it is slow-moving. This gives the biker an advantage over other vehicles because it allows them to move through traffic faster and exit a traffic jam. Lane splitting is one of the most controversial practices regarding motorcycles in California. While proponents of it say that the practice does not contribute to the amount of motorcycle accidents, others say it is extremely dangerous. So, what does California law say about lane splitting?

Many people think that California is the only state in which the law specifically allows for lane splitting. This is not entirely true. While bikers are not usually pulled over or discouraged from lane splitting, there simply is no law on the books that either allows it or prohibits the practice. However, in 2016, Governor Brown passed Assembly Bill 51, which gave the California Highway Patrol the authority to instate lane splitting safety guidelines.

END_OF_DOCUMENT_TOKEN_TO_BE_REPLACED 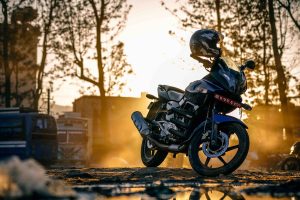 On November 5, 2018, two chilling vehicle collisions in San Francisco’s North Beach neighborhood that ended in fatalities remind all vehicle operators – but especially motorcyclists – to take utmost caution when on the road. While motorcycle accidents are not necessarily more common than other vehicular accidents, they do result in more fatalities and serious injuries. If you regularly ride your motorcycle around San Francisco, take the following precautions in order to keep yourself and those around you safe. If you have been injured in a motorcycle accident, contact the personal injury attorneys at Brod Law Firm so that we can help you fight for the compensation you deserve.

This may sound obvious, but in a vast majority of collisions involving a motorcycle and other vehicle, the other vehicle strikes the motorcycle head-on rather than from the rear. Thus, paying attention to the road ahead of you can prevent head-on collisions from occurring and drastically reduce the number of motorcycle accidents and fatalities.

END_OF_DOCUMENT_TOKEN_TO_BE_REPLACED

If you were part of an auto accident while riding your motorcycle, you likely have to deal with a contributory negligence claim during your personal injury insurance claim or lawsuit. Due to negative stereotypes regarding motorcycle riders and an insurer’s constant fight to protect its bottom line, the insurer or other driver may allege that you were partially at fault for the accident. They may even claim that you were more responsible for the accident than the other driver. This is particularly common if there was any evidence that you were lane splitting. However, in California, lane splitting is legal and therefore, not inherently negligent.

If you were in accident while lane splitting, contact our experienced San Francisco personal injury lawyers from Brod Law Firm at (800) 427-7020.

END_OF_DOCUMENT_TOKEN_TO_BE_REPLACED

A motorcycle driver passed away Monday, June 12 after colliding with a barrier on U.S. Highway 101 in San Francisco. The accident happened around noon near the Ninth Street off ramp after the rider failed to maneuver through a curve on the road, leading to her immediate death. It also blocked off multiple lanes of the highway for appropriately two hours.

This tragic accident highlights the need for caution and a focus on road safety for both motorcyclists and other drivers. Individuals injured in multi-vehicle or motorcycle accidents may have to seek compensation through personal injury claims. For those who lose loved ones in motorcycle crashes, wrongful death claims may be appropriate and necessary. To learn more about your rights after a motorcycle crash, contact the San Francisco personal injury attorneys of Brod Law Firm right away.