You Were in an Accident

To file a personal injury claim, you generally must have been involved in an accident. Personal injury law covers a wide variety of circumstances. Car accidents, truck accidents, bicycle accidents, and slip and falls are just a few of the most common types of accidents. Additionally, you may have a valid claim if you were bitten by someone else’s dog or were hurt by a defective product.

END_OF_DOCUMENT_TOKEN_TO_BE_REPLACED

Dashboard cameras, more commonly known as dash cams, are becoming increasingly popular in California. People sometimes use them to capture the actions of police officers while on duty, or to obtain footage of potentially dangerous drivers, such as individuals other motorists suspect are driving while impaired. Dash cams are also sometimes used to collect evidence during car accidents, as they can show what happened in the moments leading up to a crash and determine which driver was negligent. The question is, do dash cams help your case, or can they actually hurt it?

Dashboard cameras have been legal in California since 2011. However, there are restrictions placed on them. Dash cams cannot be any larger than five square inches when they are located in the upper center of the windshield. When they are placed in the lower right corner, dash cams can be no larger than seven square inches. Dashboard cameras can also not be placed anywhere an airbag would deploy.

END_OF_DOCUMENT_TOKEN_TO_BE_REPLACED

To most people, the term ‘distracted driving’ usually refers to texting while driving. Although texting and driving is a form of distracted driving, and against the law, there are many other types of distractions drivers contend with when behind the wheel. Although these other forms of distractions may not be against the law, a driver may still be found negligent when engaging in these behaviors.  Accident victims can hold negligent drivers liable for providing compensation for any injuries or losses. For this reason, it is crucial that all drivers are aware of the different types of distractions, so they can avoid them.

Adjusting Controls in the Vehicle

Looking over to adjust the climate control in your vehicle, the radio, or any other type of control may seem like a fairly safe practice. When you do this though, you take your eyes off of the road, and you can cause an accident in that short moment. If possible, ask a passenger to make these adjustments, or use the controls on the steering wheel, if your vehicle is equipped with them.

END_OF_DOCUMENT_TOKEN_TO_BE_REPLACED

Lane splitting occurs when a motorcyclist travels between two lanes of traffic. Bikers typically do this when traffic has come to a complete stop or when it is slow-moving. This gives the biker an advantage over other vehicles because it allows them to move through traffic faster and exit a traffic jam. Lane splitting is one of the most controversial practices regarding motorcycles in California. While proponents of it say that the practice does not contribute to the amount of motorcycle accidents, others say it is extremely dangerous. So, what does California law say about lane splitting?

Many people think that California is the only state in which the law specifically allows for lane splitting. This is not entirely true. While bikers are not usually pulled over or discouraged from lane splitting, there simply is no law on the books that either allows it or prohibits the practice. However, in 2016, Governor Brown passed Assembly Bill 51, which gave the California Highway Patrol the authority to instate lane splitting safety guidelines.

END_OF_DOCUMENT_TOKEN_TO_BE_REPLACED

California may not get the harsh winters that are seen throughout much of the country. However, even in the Golden State the weather changes during the winter. Temperatures drop and the days are shorter, and this causes car accidents that may not have occurred during the hot summer months. Below are the three most common types of accident claims filed in California during winter, and what you should do if you are involved in any of them. If you have been injured in any type of accident, reach out to a California personal injury lawyer today.

Only certain parts of California see any snow during the winter, but the entire state gets some rainfall, and icy patches are sometimes found in some areas. In slippery conditions like these, it is easy for a person to slip and fall and become seriously injured. Slip and fall accidents and claims increase during the winter.

END_OF_DOCUMENT_TOKEN_TO_BE_REPLACED 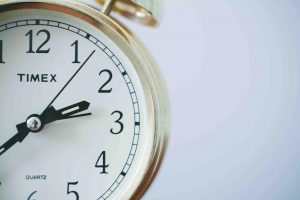 Many people are hesitant to file a lawsuit because they envision a long and drawn-out legal battle in the courtroom. Not all personal injury cases take a long time to resolve, however. Even when they do, they are worthwhile for accident victims to pursue. These claims are often the only way to obtain compensation that can help with medical expenses, lost income, and more. So, if you have been hurt by someone else’s negligence and wish to file a personal injury claim, how long will it take? That is a difficult question for anyone to answer, even after evaluating the facts of your case. However, there are a few guidelines below you can follow to determine how long it will take before your case is finalized.

You may receive your first settlement offer from the other side’s insurance company shortly after the crash. Often this happens just days after an accident while you are still in the hospital. Truthfully, these negotiations can take anywhere from a week to several years. This is because negotiations never really stop until your case is finalized and has been closed.

END_OF_DOCUMENT_TOKEN_TO_BE_REPLACED 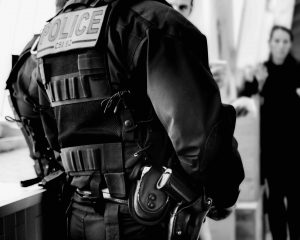 After being involved in a car accident, you may feel frazzled and disoriented. However, it is important to remain calm, assess the situation, and make sure you take the appropriate steps to ensure that you are safe and have the proper documentation in place to obtain any recovery for your injuries that you deserve. Make sure you take these five steps after being involved in a car accident, and call an experienced car accident attorney immediately so he or she can help you start seeking compensation for your injuries.

Examine yourself and your passengers for injuries.

The first thing you should do is examine yourself and others in your vehicle for any injuries. If there are any injuries whatsoever, make sure to call an ambulance immediately. Allow the emergency medical technicians (EMTs) to examine you for injuries you may not be able to see, and if they advise you to go to the hospital, follow their recommendation even if you do not feel pain at the time. Oftentimes the impact from a car accident can cause underlying health issues to arise, and a doctor will be able to detect those underlying issues and provide a medical report with your diagnosis. By refusing to go to the hospital, you are showing a future court that you were not in fact injured by the car accident and thus are not entitled to recovery for your injuries.

END_OF_DOCUMENT_TOKEN_TO_BE_REPLACED 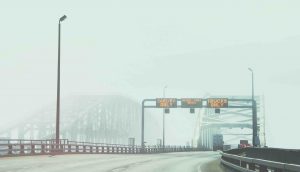 END_OF_DOCUMENT_TOKEN_TO_BE_REPLACED

Kressa Shepherd, 17, passed away at the end of October due to burns she sustained from the wildfires that swept into Mendocino County, California. Kressa and both of her parents were badly injured by the wildfire, with burns covering a great deal of their bodies. Kressa suffered burns over more than 60% of her body. Her parents, Sara, 40, and Jon, 44, remain hospitalized. They have gone through several surgeries and will require a great deal more medical care in the months to come. Her brother was killed in the wildfire. With Kressa’s passing, the California wildfires in October have taken 43 lives.

Determining Responsibility for the California Wildfires

Responsibility for the California wildfires has yet to be determined. However, major utility company PG&E is under investigation by California’s Public Utilities Commission (PUC) for the blazes that devastated large portions of the state, including a great deal of the famed Wine Country. PUC is looking into whether PG&E’s maintenance, or lack thereof, of its equipment in Sonoma and Napa counties caused or played a role in the fires. Regulators are particularly interested in whether a lack of vegetation-related maintenance was an issue, such as not cutting back trees, bushes, and other plants.

END_OF_DOCUMENT_TOKEN_TO_BE_REPLACED

The U.S. Centers for Disease Control and Prevention (CDC) reports that one in four people over the age of 65 years falls each year. Of these falls, one in five leads to a serious injury like a traumatic brain injury or a broken bone. In fact, falling is the most common cause of concussions and more serious traumatic brain injuries. Following these falls, 2.8 million seniors are treated in emergency rooms for injuries and more than 800,000 of these seniors are hospitalized.

Many falls are related to medical conditions and age-related changes. However, they are not always innocent accidents. Seniors face a greater risk of falling when they are the victims of neglect and abuse. If your loved one has suffered one or more falls and you believe it is because of abuse or neglect, contact our experienced San Francisco elder neglect and abuse attorneys at Brod Law Firm immediately. We will thoroughly review your loved one’s situation to advise you on how to get them into a safer situation and their right to seek compensation for their injuries.