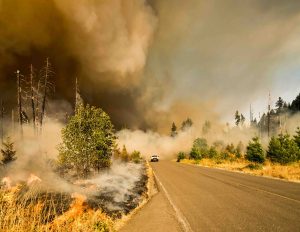 California has had a tough year, experiencing a record number of wildfires, some of which began due to natural causes and others that began based on an individual or business’s negligence. In October 2017, there were approximately 250 individual wildfires that began across the northern portion of the state. These burned more than 245,000 acres, destroyed more than 8,900 structures, killed 44 individuals, and hurt hundreds of people. Now, in December, the southern portion of the state is facing significant fires.

If your home has been damaged or destroyed by a wildfire, you need to be clear on your responsibilities. Going through the insurance claim process can be difficult, particularly if you fight for your maximum possible recovery. However, there is help. You may benefit from working with a public insurance adjuster or contacting an experienced attorney like those from Brod Law Firm.

END_OF_DOCUMENT_TOKEN_TO_BE_REPLACED 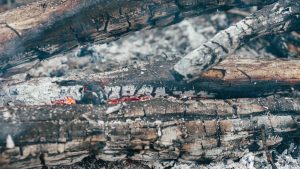 If your home was destroyed or significantly damaged during a California wildfire, you now face the difficult task of clearing and cleaning up your land before you can rebuild. Depending on your situation, this can be a significant challenge. Here is what you need to know.

You may not be personally responsible for clearing your land. Cleaning up your property after a wildfire takes special equipment and preparation, which is why there is government help. You may not need to rent equipment or a hire a private company to come in. Instead, you need to determine the local agency that is coordinating with the California and federal government to handle both hazardous waste and debris and ash removal. You may need to work with this local agency to ensure that your property is taken care of.

END_OF_DOCUMENT_TOKEN_TO_BE_REPLACED 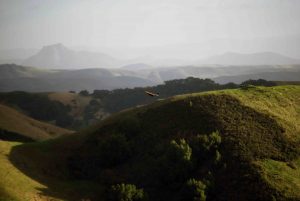 If your family has been displaced by the California wildfires and you do not have financial resources or family to fall back on, you may need a great deal of help. At Brod Law Firm, we want you to have access to all types of assistance. There are many organizations and individuals doing whatever they can to be sure you are safe and healthy so that you can rebuild. Below are a number of links to potential resources.

If you are still looking for a temporary or semi-permanent place to stay while you wait for your home to be repaired or rebuilt, go to:

END_OF_DOCUMENT_TOKEN_TO_BE_REPLACED

Kressa Shepherd, 17, passed away at the end of October due to burns she sustained from the wildfires that swept into Mendocino County, California. Kressa and both of her parents were badly injured by the wildfire, with burns covering a great deal of their bodies. Kressa suffered burns over more than 60% of her body. Her parents, Sara, 40, and Jon, 44, remain hospitalized. They have gone through several surgeries and will require a great deal more medical care in the months to come. Her brother was killed in the wildfire. With Kressa’s passing, the California wildfires in October have taken 43 lives.

Determining Responsibility for the California Wildfires

Responsibility for the California wildfires has yet to be determined. However, major utility company PG&E is under investigation by California’s Public Utilities Commission (PUC) for the blazes that devastated large portions of the state, including a great deal of the famed Wine Country. PUC is looking into whether PG&E’s maintenance, or lack thereof, of its equipment in Sonoma and Napa counties caused or played a role in the fires. Regulators are particularly interested in whether a lack of vegetation-related maintenance was an issue, such as not cutting back trees, bushes, and other plants.

END_OF_DOCUMENT_TOKEN_TO_BE_REPLACED 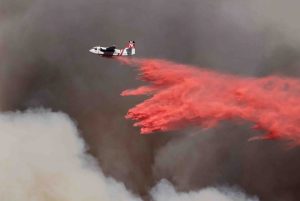 As of Tuesday, October 24, there were nine active wildfires in California. This is down from the 250 wildfires the California Department of Forestry and Fire Protection (Cal Fire) has responded to since October 8. Cal Fire estimated that the remaining fires would be fully contained by the end of the week. However, the fires have caused mass destruction. They burned more than 245,000 acres, forced 100,000 households to evacuate, and destroyed 8,400 structures, including homes and businesses.

If your home suffered extensive damage or you lost your home entirely, you face a long journey of dealing with your homeowners’ insurance policy and rebuilding. While your insurer adjuster may by sympathetic and easy to talk to, you must remember that you and your insurer have contrary interests. Your insurer wants to fulfill their duties under your policy by paying the lowest amount possible. That is what is best for their bottom line. Your goal is to receive the maximum amount possible under your policy. Working with a San Francisco insurance lawyer at Brod Law Firm can protect your interests during the insurance claim process and help you get closer to rebuilding.

How an Attorney can Help

END_OF_DOCUMENT_TOKEN_TO_BE_REPLACED

The U.S. has experienced significant damage due to wildfires this year. Sonoma County, California, is the latest area to be devastated. As of the morning of Oct. 18, the wildfires that began in the region on Oct. 8 had covered hundreds of thousands of acres. At the time, the Tubbs Fire was 91% contained. The Pocket Fire was 63% contained, and the Nuns Fire that is in both Sonoma and Napa counties was 80% contained. Full containment was expected by Friday Oct. 20. At this point, 42 people have been killed, approximately 22,000 people have been evacuated from their homes, and thousands of homes have been significant damaged or destroyed.

If you were affected by a California wildfire, you probably have a lot of questions. Other than working with your insurer, what else should you do? There are a few rights and responsibilities you should keep in mind during this time. If you are ever unsure of what to do next or simply need help, do not hesitate to reach out to an experienced insurance lawyer at Brod Law Firm.

END_OF_DOCUMENT_TOKEN_TO_BE_REPLACED

The California Department of Corrections and Rehabilitation (CDCR) announced on July 11 that inmate Frank Anaya, 22, who worked as a firefighter in San Diego County, passed away from work-related injuries. While fighting a grass fire on July 5, Anaya severely cut his leg with a chainsaw. Other firefighters on the scene provided care and CPR until he was taken to a nearby hospital. Anaya’s femoral artery was cut and he underwent multiple surgeries. Unfortunately, he did not recover from his injuries and passed away at the hospital.

A Previous Death for Inmate Firefighters

This is not the first inmate firefighter death in California this year. On May 24, Matthew Beck, 26, was clearing brush in Humboldt County with his firefighter crew when a 120-foot tree fell on him. He suffered serious head, neck, and back injuries and died before emergency crews could reach him. It is now known that the radio used by prison supervisors was unable to connect with emergency authorities. A supervisor attempted to use a mobile radio in a Department of Forestry and Fire Protection (Cal Fire) emergency vehicle, which too had difficulties connecting to emergency officials. The supervisor had to drive a quarter mile down the road before being able to contact the command center.

END_OF_DOCUMENT_TOKEN_TO_BE_REPLACED 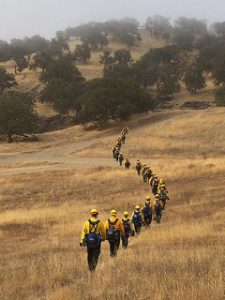