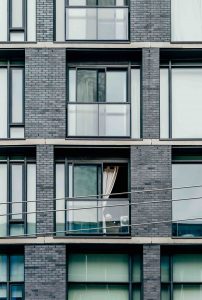 Everyone likes to believe that his or her home is the safest place, but many people unknowingly live in mold-infested environments that are far from safe. While not all mold poses a threat to your health, toxic mold can result in neurological damage, and at worst, death. If you have been harmed by living in an apartment in San Francisco that is infested with toxic mold, you have the right to sue your landlord for compensation. Contact an experienced toxic mold lawyer today to learn more about your rights and your options for recourse.

What is Toxic Mold?

END_OF_DOCUMENT_TOKEN_TO_BE_REPLACED

Clean air is essential to life.  Reliable energy may not be the same type of basic building block, but it is nonetheless essential to our modern way of living in 2016.  At the Brod Law Firm, we believe that we should be able to have both clean air and reliable energy.  As an Oakland industrial pollution law firm, we advocate for Bay Area residents sickened by toxic pollution from oil refineries and other industrial sources.

This week, KRON4 reported that the Tesoro refinery in Martinez is one of six company locations covered by a recently announced federal court settlement.  Tesoro has agreed to pay $425 million in order to settle a Department of Justice (“DOJ”) lawsuit charging the company with violating the Clean Air Act and other regulations.  The Texas-based company will pay $403 million to improve equipm

ent used to control dangerous air pollutants such as sulfur dioxide, nitrogen oxides, and volatile organic companies.  Additionally, Tesoro agreed to pay $10.45 million in civil penalties and spend $12.2 million on projects designed to mitigate the impact of air pollution at the community level.  The latter payment includes $1 million aimed at enabling the Mount Diablo Unified School District to purchase at least four new school buses so it can retire older buses that use polluting diesel fuel and replace them with buses that burn cleaner compressed natural gas.

END_OF_DOCUMENT_TOKEN_TO_BE_REPLACED

Breathing is one of the most fundamental life-sustaining activities and one we typically do with very little forethought.  A fresh breath of air can not only nourish our bodies, but also center our minds.  Yet, far too often, our air is contaminated by a range of different toxins.  Hazardous airborne chemicals, including dangerous substances in the toxic gas released by burning plastics, can be harmful and even deadly.  As an Oakland toxic exposure law firm, the Brod Law firm works to get compensation for people made ill by air that was made toxic by human negligence or even intentional acts.

There were many people expressing concerns about toxic air following a fire in Newark this past Friday.  SFGate reports that it took fire crews two-and-a-half hours to contain a two-alarm fire at a plastics recycling plant on the 6500 block of Smith Avenue.  According to the report, the plant used to house the Western Pacific Pulp and Paper Company which now subleases the building to AHG Recycling, a company that deals with plastics products.