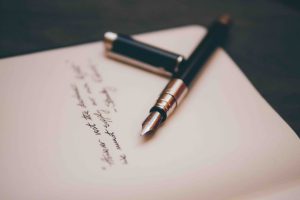 If you are a devoted grandparent or your elderly mom or dad dotes on your kids, you need to be aware of how this love and affection can be manipulated. Over the years, more and more elderly people have been targeted by what is known as a grandparent scam. In this situation, someone poses as a grandchild to fraudulently obtain money from the elderly person. This ruse can go on for months and cost elderly grandparents hundreds or thousands of dollars, seriously putting their finances at risk. Once the fraud is discovered, there is often little the elderly individual can do to recover. By learning more about this scam and educating your elderly loved ones, you can avoid being the victim of financial elder abuse.

How the Grandparent Scam Works

An individual posing as a grand- or great-grandchild phone, emails, or writes to an elderly person. This individual says they are in some sort of trouble, maybe they were arrested and they need bail or despite working hard, their bills have gotten away from them. Whatever the story, this individual may spin a tale that makes them look in need, yet not at fault for their circumstances. After their sad story is complete, they imply that they could use some help. They may be sold bold as to imply or outright state that if grandma or grandpa sent them some money, they could get themselves back on track. Many elderly grandparents are so distraught to hear their grandkids are in trouble, they are willing to do whatever they can to help. They do not think twice about checking with other family members about their supposed grandchild’s story. Ultimately, grandma or grandpa may end up mailing a check, giving over their credit card or banking information, or purchasing and sending store gift cards.

END_OF_DOCUMENT_TOKEN_TO_BE_REPLACED

Elder neglect and abuse are a growing concern around the country. As of mid-2014, there were 46.2 million individuals in the U.S. over the age of 65 and by 2060, that number is projected to grow to 98.2 million, according to the U.S. Census Bureau. At that point, almost one in four U.S. residents will be elderly, and 19.7 million of them will be 85 years or older. As our population ages, these individuals become more vulnerable to physical and emotional neglect as well as physical, emotional, and financial abuse. However, there are ways to remain vigilant and prevent seniors from being hurt and taken advantage of. Isolation is one of the consistent signs that elder neglect or abuse is happening.

Who Can Isolate Your Loved One

END_OF_DOCUMENT_TOKEN_TO_BE_REPLACED

Coumadin and other blood thinners are commonly used by elderly individuals. These individuals are often prescribed this type of medication to reduce the chance of heart attack, stroke, and other major medical events. However, blood thinners are serious medications and patients taking them need to be closely monitored by a physician or nursing home staff. Being on this type of medication when it is unnecessary or taking too much can lead to injuries and fatalities. In fact, ProPublica and The Washington Post found that 165 nursing home residents were hospitalized or died after suffering from Coumadin, or the generic Warfarin, errors between 2011 and 2014. These incidents are preventable when elderly patients are given proper care.

The Dangers of Failing to Monitor Blood Thinners

Coumadin has well-documented benefits. However, when patients are given too much or too little of a blood thinner, they are put at risk for serious health issues and early death. For instance, when patients who are at risk for negative health events are given too low of a dosage or not given their prescribed medication, they remain highly at risk for blood clots, stroke, and heart attack. When elderly individuals are prescribed or unnecessarily given too much of a blood thinner, they can suffer internal bleeding. Warfarin can also dangerously interact with other medications like commonly prescribed antibiotics. If physicians and other nursing home staff are not on the lookout for common medication interactions, then elderly patients are seriously at risk for injuries.

END_OF_DOCUMENT_TOKEN_TO_BE_REPLACED

The care facility formerly known as the Golden Living Center along with its administration and four employees are being sued for negligent hiring and elder abuse. The suit is based on the death of Jeanne Roney, 91. Roney was diagnosed with scabies and then passed away nine days later. Her daughter, Tammy Cook, claims her mother died due to the facility’s negligence, which resulted in her mother falling several times, acquiring scabies and multiple urinary tract infections, and suffering from dehydration and malnutrition. Cook alleges her mother was not properly cared for, eventually acquiring a UTI that could not be treated with oral antibiotics and scabies that were so bad Queen of the Valley Hospital notified the California Department of Public Health about the case.

If your loved one at a care facility is suffering from unnecessary injuries like UTIs, bed sores, or dehydration, contact a San Francisco elder abuse lawyer at Brod Law Firm as soon as possible. An experienced attorney can help you get the proper care for your loved one and determine if he or she has the right to file a suit against negligent caretakers or facilities.

END_OF_DOCUMENT_TOKEN_TO_BE_REPLACED 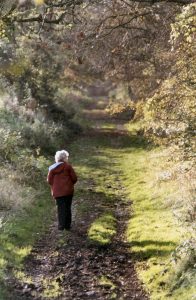 END_OF_DOCUMENT_TOKEN_TO_BE_REPLACED

Katherine Jackson, 86, the mother of famous siblings Michael and Janet Jackson, came forward earlier this year claiming that her nephew, Trent Lamar Jackson, had been financially and emotionally abusing her for years. According to documents filed in court for a restraining order, Mrs. Jackson stated that Trent made himself the custodian over her care and was employed as her driver. She heavily relied on him, yet Trent would refuse to take her home, would not drive her unless she met his demands, isolated her from other family members to exert undue influence on her, and did all of this to control her finances and live in her guest house for free. Trent’s psychological abuse confused Mrs. Jackson and caused her angst, fear, and depression. The documents also claim that Trent accessed Mrs. Jackson’s bank accounts and used her credit cards for his own purchases without her permission.

Mrs. Jackson was granted a temporary restraining order against her nephew, who is not allowed within 100 yards of her or within the gated community where she lives. Trent is required to move out of Mrs. Jackson’s home and return all keys, passwords, and combinations to the property. A hearing for a permanent restraining order is set for March 1.

Accusations of elder abuse like this are taken seriously by California courts. Physical, emotional, and financial abuse of individuals over the age of 65 can lead to civil lawsuits and criminal charges.

END_OF_DOCUMENT_TOKEN_TO_BE_REPLACED

Elder abuse, neglect, and exploitation are growing concerns across the U.S., and unfortunately, not all states are working to reduce the occurrence of these issues. In December 2016, WalletHub released a study of each state’s and the District of Columbia’s elder abuse protections and ranked state’s and D.C.’s efforts. Overall, California ranked 49 out of 51, which means only two other states have made a poorer effort to protect its elderly citizens.

Since California’s laws and infrastructure do not provide an abundance of elder abuse protection, it is up to you to keep a close eye on your loved ones living in nursing homes or other long-term care facilities. If you believe your family member or friend is being abused by someone or neglected, contact an experienced San Francisco elder abuse attorney at Brod Law Firm as soon as possible.

How the States and D.C. Were Ranked

END_OF_DOCUMENT_TOKEN_TO_BE_REPLACED 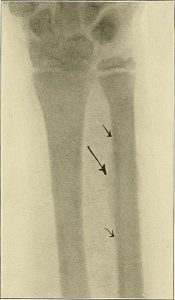 Elder abuse is unfortunately common around the country. The National Council on Aging estimates that one in 10 Americans older than 60 experiences a type of elder abuse, such as physical, sexual, emotional, or financial abuse. Despite these high figures, which amount to millions of elderly individuals every year, only one in 14 cases are reported to authorities. This disparity may come not only from willful oversight but also from lack of detection. If individuals do not understand the signs of elder abuse, it can be hard to realize it is happening to a friend or loved one. However, a recent study found that radiologists may be well-equipped to spot elder abuse, increasing the cases reported to authorities.

According to a study published in the American Journal of Roentgenology, radiologists could play an important role in detecting elder abuse if they were to receive the proper training. Normally, physical elder abuse is not recognized quickly or at all. The signs and physical indications of elder abuse can be subtle, particularly because older individuals can have a myriad of health issues. However, radiologists are “uniquely positioned” to identify elder abuse when it is happening.

END_OF_DOCUMENT_TOKEN_TO_BE_REPLACED According to the U.S. Centers for Disease Control and Prevention, 21 million individuals in the U.S. have been diagnosed with diabetes and another 8.1 million go undiagnosed. A small percentage of these individuals have Type 1 diabetes, while the more significant portion of Americans have Type 2 diabetes brought on by obesity and other lifestyle factors. Considering the proportion of Americans with diabetes, it is no surprise that many elderly individuals in nursing homes need their diabetes properly maintained to avoid injury. Undiagnosed or improperly treated diabetes can lead to devastating consequences, including death. If you believe nursing home staff over- or under-treated your parent’s diabetes causing an injury, contact a San Francisco nursing home neglect attorney at Brod Law Firm today. Your parent’s situation may be protected by California’s elder abuse and personal injury laws.

For elderly individuals, particularly those with diabetes, it is crucial to avoid hypoglycemia, which is when a person has detrimentally low blood sugar. A normal blood sugar level ranges from 70 to 110 milligrams per deciliter. A diabetic patient’s goal depends on a number of factors and should be set and monitored by a physician. Hypoglycemia can occur when patients are administered too much insulin or another drug that lowers blood glucose levels.

END_OF_DOCUMENT_TOKEN_TO_BE_REPLACED 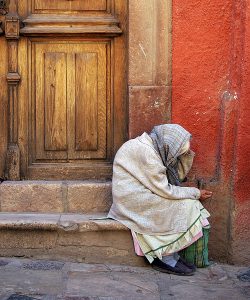 A Canadian nursing home nurse was recently arrested and charged with eight counts of first-degree murder. The nurse is accused of poisoning eight residents between the years of 2007 and 2014. As terrible as these allegations are, this is only one example (albeit, a potentially tragic and incomprehensible example) of the abuse and neglect that thousands of nursing home residents face each day. Sadly, many instances of nursing home abuse or neglect go unreported and/or uninvestigated because: