On May 1, the San Francisco Bay Area experienced at least three fatal traffic accidents between midnight and 5 in the morning. The first accident took place on Highway 880 in San Leandro, just south of Marina Boulevard. Two vehicles were part of the initial collision, though a total of four vehicles were involved. The driver of one vehicle died at the scene while another driver was taken to the hospital with major injuries. The other motorists were uninjured.

The second incident was on Highway 101 in San Francisco. A pedestrian walking within a crosswalk was hit by a motorist who lost control of his vehicle. Initial reports are that the motorist left the scene but later reported hitting the pedestrian through 911 and has been interviewed by investigators. There is no evidence that the driver was intoxicated at the time and no arrest has been made.

The third accident was also on Highway 880, but this time in Oakland. Three vehicles were involved in the crash and one of the vehicles caught on fire. Two individuals were killed, a 34-year-old man and a 4-year-old girl who was not properly restrained in a child safety seat. An initial statement by the California Highway Patrol said one of the diver’s may face charges for the unrestrained child’s death. Other passengers, including a 2-year-old girl, were hospitalized.

END_OF_DOCUMENT_TOKEN_TO_BE_REPLACED 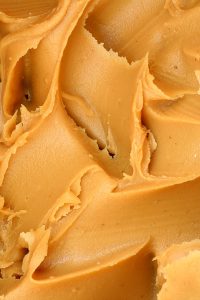 END_OF_DOCUMENT_TOKEN_TO_BE_REPLACED

There are many benefits to living in California.  We have gorgeous weather, wonderful people, and beautiful natural spaces that range from beaches to mountains and deserts to forests.  Of course, there are downsides and perhaps the most-voiced concern (aside from cost of living!) is the ever-present risk of earthquakes.  While earthquakes are a natural phenomenon, the actions or inaction of people/entities can add to the risk of injury or property damage.  At the Brod Law Firm, our Northern California earthquake lawyer helps people bring civil lawsuits after a California earthquake.  These include suits against various parties whose negligence had tragic results as well as suits against insurance companies who deny valid claims.

This week, the world was reminded of the havoc and tragedy that earthquakes can unleash.  As CNN reported, a 6.2 magnitude earthquake struck central Italy in the early hours of Wednesday August 24.  Early reports put the death toll at 73 (Note: The number has since increased to at least 241.).  The mayor of Amatrice, where most of the fatalities occurred, told CNN: “The town is no more.”  At least 100 people were injured.  Officials expect death and injury tolls to rise in as rescuers dig through the rubble.  The risk is far from over as aftershocks are expected to roll through in the coming days.

END_OF_DOCUMENT_TOKEN_TO_BE_REPLACED 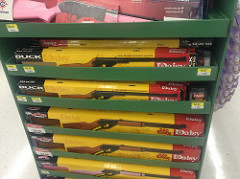 END_OF_DOCUMENT_TOKEN_TO_BE_REPLACED

At the Brod Law Firm, we are concerned with the health and safety of all who live in and visit Northern California.  We believe wholeheartedly in “Prevention First” and we would much rather see accidents avoided than see clients after the fact.  Still, we are also committed to victims.  We represent people who are injured or grieving because of the actions (or inaction) of a negligent person or careless company.  Our dual commitment can be seen in our work as an Oakland refinery accident law firm.  We advocate for refinery safety in the hopes of preventing refinery accidents.  We also represent people injured in refinery fires, harmed by toxic gases released from area refineries, or otherwise injured because a refinery failed to take preventative measures.

Earlier this week, ABC7 reported on the release of a new federal report that criticizes officials at Tesoro Martinez Refinery for promoting a lax safety culture.  The U.S. Chemical Safety Board (“CSB”) cited 15 separate acid spills at

the refinery during a five-year span including the 2014 spill during which two refinery employees were burned and some 84,000 pounds of sulfuric acid were released.  According to the CSB’s chairwoman, “While these incidents may appear to be isolated events, they are indicative of safety culture deficiencies at the Tesoro Martinez Refinery.”  Likewise, one of the lead investigators suggested that sampling systems used by the refinery “routinely exposed operators to avoidable risk.”

END_OF_DOCUMENT_TOKEN_TO_BE_REPLACED

Most of us have, at some point, heard the loud blare of a residential smoke alarm.  Hopefully, you will never hear that sound in the face of a serious emergency (Remember: If you ever disable a smoke alarm because of a false warning, reinstall it ASAP!!).  Sadly, however, residential fires are a very real danger and it is often smoke inhalation rather than the flames that pose the greatest danger.  When dangerous fires are the result of human negligence — including shoddy construction, the failure of a landlord to provide appropriate safety equipment, a faulty consumer product, or any other negligent act that causes or exacerbates a fire – our San Francisco fire injury lawyer is here to help.

istrict last weekend.  The fire started sometime around 2:30 PM on Saturday and eventually raged to five-alarms as it spread to multiple buildings on the 3300 block of Mission Street.  By the time firefighters contained the blaze three hours later, it had burned six buildings and left 58 people displaced from their homes.  CBS reports that at least two people were treated at an area hospital for smoke inhalation and officials treated a 1-year-old child for breathing issues on the scene.  Parts of the area remained closed to traffic on Monday as fire officials continued to investigate the cause of the blaze.